How to manage 5500 people and still have a life 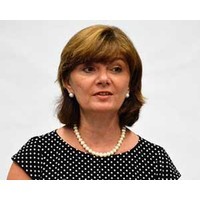 Managing 5500 employees on multiple continents would be difficult enough for even those who have few commitments back home. So how do you do it with twins?

With a bit of help and a very supportive family, according to Bobbi Dangerfield, Dell’s global VP of commercial sales operations.

In Australia recently for business, Dangerfield took some time out to speak to about working in demanding global roles and taking the family with her on long-term overseas assignments, including stints in locations such as El Salvador and Malaysia.

With two kids now aged 20, Dangerfield says she managed to successfully and happily work in global positions since 1999 due to a life-changing decision she made with her husband – when he told her he was happy to take a step back while she pursued her career.

It helped that he’d built up enough money to retire on following a career with IBM, and that he was interested in pursuing his passion as an artist. He opened an art gallery – an easy business, says Dangerfield, to have plenty of work-life balance and time to spend with the kids at home.

“People often ask me, ‘Do you think you could have it all: two high powered jobs and this and that’,” says Dangerfield. “I do think that you have to make choices in your life and in your career, and those were the choices we made. I don’t think I could have been so successful without such a supportive spouse.”

Dangerfield’s twins were 13 when the family decided to move from Texas so she could take up the position of Dell’s country general manager in El Salvador. It was a move met with ambivalence by her son, but a little bit of contempt by her daughter.

Still, within a few months she says they were both speaking the language and making friends. When the stint was over and she had the opportunity to move to Malaysia to take up the role of managing director of the Dell Global Business Centre, all of the family was on board. “Both of my kids said ‘This was fun, we made a lot of friends, we’ll try something different’,” she says.

Dangerfield says she’s encountered few cultural barriers to being a powerful woman across different parts of the world, even in the most male-dominated of situations, although she’s learnt to adapt her leadership style and behaviour to the different workplace and meeting situations she finds herself in.

“Maybe it’s naivety on my behalf or something, but I never think of myself as the only woman in a roomful of men. It just never crosses my mind.”

Dangerfield often talks about her career experiences as part of Dell’s networking group for women – Women in Search of Excellence – which has 4000 women involved, worldwide.

Her hope is that more young women will see the rewards a career in technology can offer, although she’s disappointed by a general decline in students graduating with degrees in maths and science back in the United States. Currently, she’s working with Dell to develop school programs that outline the different jobs available in the technology sector to middle schools students.

She believes senior role models in the technology sector, such as Meg Whitman at HP and Marissa Mayer at Yahoo, will encourage more girls to see exactly what can be achieved with science and maths backgrounds.