How to motivate your staff over email (without launching a Blitzkrieg) 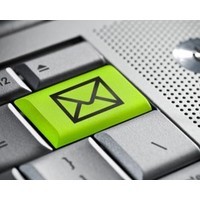 It’s the sort of email journalists love to get their hands on.

“The only thing is that the time of the Blitzkrieg must be chosen wisely so that each country tells me with blood when it is time,” it read. And no, Fairfax wasn’t leaked some stray World War II battle plans, but rather, the emails of Oliver Samwer, founder and owner of clothing retailer The Iconic.

In the excerpts, from October 2011, the German owner leaves his management teams in Australia, India, South Africa and South-East Asia in no uncertainty about what he expects.

”We must be number one latest in the last month of next season. Full month, not a discount sales month. Why? Because only number one can raise unbelievable money at unbelievable valuations. I cannot raise money for number 2 …”

For online retailers, market dominance is crucially important, so it’s no wonder Samwer cracks the whip.

But motivating staff over email is a tricky business, and in isolation, isn’t likely to get the best results.

It’s a challenge facing more and more leaders as businesses become global, making staff harder to rally in the one place for a pep talk, says Martin Nally, the managing director of consultancy HR Anywhere.

“Ambush” email, Nally says, is unlikely to be effective, and in the worst cases can actually work to demotivate your employees.

Instead, every leader needs a communication strategy that sees them making regular contact with their underlings, using a variety of methods, of which email should not be used in isolation.

“People love to hear from leaders,” Nally says, referring to a recent study by Gallup which found most workers expect some form of feedback from their boss at least once in every seven days.

“People want to know how they’re tracking, and how the business is going. They want that direction. If you keep people informed, it’s fabulous for your organisation.

“One of the issues with sending out a mass email is the use of a one-size-fits-all-strategy. With The Iconic, what about all the teams who were doing the right thing and were meeting their targets?”

“I think it’s a very clumsy way to communicate.”

Leadership coach Noel Posus says the extent to which email can motivate depends on the way in which it feeds and build people’s primary motivations: mastery, autonomy and purpose.

“There’s a lot of science now that describes in a lot of detail what motivates people,” he says.

“As long as emails help drive people’s sense of purpose in a positive way, or helps them understand their path to mastery and autonomy, it’ll work.

“If you aren’t doing those things but are sending out emails thinking people will be motivated, you’re probably misguided as to what actually works.”

Consultant Yamini Naudi, the co-author of newly released book Hooked: how leaders connect, engage and inspire with storytelling, adds that another problem with email is that it’s often simply not read.

“And when it is, the whole process of engagement is delayed. Unlike getting up there and giving a speech in front of your staff, there’s no feedback.”

This can make it harder for leaders to get email right; a bit of creativity can go a long way.

Naidu tells the story of one of her clients: a leader who couldn’t get her team to turn up to training and development sessions after emailing them.

So she tried telling a story, titling the email “A man was…,” before launching into a parable told by Stephen Covey, the author of the Seven Habits of Highly Effective People about a woodcutter who kept trying to cut wood with a blunt axe.

The implication was clear: not touching up your leadership skills was the equivalent of not sharpening your axe while cutting wood. The leader got 100% attendance at the next leadership development session, the details of which were included at the bottom of her email.

“Email is such an everyday piece of communication, and we can be quite blasé about it,” Nally says. “Effort pays off.”

Nally and Posus both say that while physical distance might mean a leader is forced to rely on electronic communication, email should never be the only method used by leaders to motivate their employees.

“You should definitely mix it up,” Posus says, adding that doing things like recording video and teleconferencing are now easier than ever thanks to new technologies like smartphones.

Nally is especially sceptical of email, saying things written down are easily misconstrued, and that many people don’t communicate best in writing.

“In your organisation, there are going to be different people who are receptive to different communicate styles.

“If you only use one style, you can potentially disenfranchise your workforce. You should be using a mosaic of methods to communicate in ways your employees appreciate.”