How to profit from lean advertising 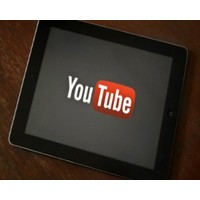 The footwear industry has traditionally been a hotbed of memorable advertising, with brands such as Nike and Reebok spending millions to sign athlete-endorsers and hire ad agencies that create spectacular TV campaigns. But the approach taken by DC Shoes, which makes footwear for skateboarders, couldn’t be more different.

In 2009 the company began shooting videos featuring its co-founder Ken Block driving a tricked-out race car around closed-off airports, theme parks and even the port of San Francisco. The videos last up to nine minutes and have almost no talking; the stunt driving is interspersed with glamour shots of footwear.

Instead of buying expensive TV time, DC Shoes uploads the videos to YouTube. Over the past four years they have gotten more than 180 million views – and in 2011 alone, sales jumped 15%. One was YouTube’s most-shared video of 2011; another garnered a million views in its first 24 hours. Paying online media for this type of exposure would cost upward of $US5 million. Using ‘lean advertising’, DC Shoes achieved it for a tiny fraction of that amount.

Lower cost isn’t the only reason to consider online video. Because of channel surfing, DVRs and the growing use of ‘second screens’ (mainly smartphones and tablets), fewer people watch TV commercials than in the past. And online video is becoming more popular each year: In 2011, 83% of US internet users regularly watched online videos, and the research company comScore estimated that 12% of the clips viewed were ads.

Moreover, because viewers actively choose online videos, they tend to watch them more attentively than they watch TV ads. According to a 2010 survey by the research firm Vision Critical, 48% of those who watched an online ad at any point subsequently visited the brand’s website, 11% shared the video with a friend and 22% made a purchase.

Create it yourself or find outside talent?

Developing an ad campaign involves two main tasks: creating content and distributing it. A traditional agency typically charges $US100,000 to $1 million to produce a 30-second TV spot, and networks charge $14,000 to $545,000 each time a spot airs. Companies looking to cut those costs can take a do-it-yourself approach or outsource one or both of those tasks to lower-cost firms. Let’s look at content creation first:

DIY content As you’d expect, the do-it-yourself approach is the cheapest – and sometimes it works remarkably well. The most celebrated example? In 2007 the kitchen appliance company Blendtec created a series of videos in which the founder, Tom Dickson, demonstrated the power of its products by blending such items as marbles, a rake handle, hockey pucks and iPods.

The videos went viral on YouTube, landing Dickson on The Tonight Show and Today, and sales took off. The Blendtec videos have been viewed nearly 240 million times to date. But the odds of replicating that success are low: just 3% of YouTube films are viewed more than 25,000 times. Inside the ad industry, relying on YouTube alone to get a message out is derided as ‘post it and pray’.

Outsourced content Many companies, including Duck Tape, Lego, Duracell and Braun, have turned to Tongal, a four-year-old firm that, for a fee, posts specs for a project and matches it with freelance creative talent willing to work for relatively low pay. For instance, a company might want 90-second videos that mention the brand name at least twice and show the logo for two seconds.

Tongal members submit 250-word proposals that meet those specs, and the brand company pays $US500, on average, for the rights to the ideas it likes. Members then create clips based on the winning ideas, with those who produce the best ones typically receiving $5000 to $20,000. Because Tongal draws on the skill sets of many professionals and competent amateurs, the ads tend to be of high quality.

High-quality content is not the only requirement for successful lean advertising; effective distribution matters, too. Companies can again choose to do it themselves or to contract outside help.

DIY distribution Some companies that outsource content creation handle their own distribution, putting videos on their websites and posting them on YouTube. Most, however, enlist at least some help drawing in viewers – a service known as ‘inbound marketing’ (to distinguish it from traditional, or outbound, marketing). For a relatively small fee (typically less than $US10,000 a year), inbound-marketing companies such as HubSpot use search engine optimisation and sophisticated analytics to help clients understand which of their content offerings draw viewers and which don’t.

Outsourced distribution Companies seeking more aggressive distribution often look to social media syndication firms such as the San Francisco-based agency Mekanism. The firm does produce traditional ads, but since 2009 its forte has been making and disseminating blockbuster online ads. In 2010 its CEO asserted, “We guarantee we can create an online campaign and make it go viral.” Mekanism’s services include managing digital platforms (such as dedicated YouTube channels and, occasionally, paid online video) and building networks of high-profile digital influencers to spread campaigns.

Its ability to tap into huge online audiences through those influencer networks is the reason the CEO is so confident of its viral reach. About 75% of Mekanism’s online videos have garnered more than 1 million views (a commonly accepted threshold for ‘viral’), and the cost is far less than that of conventional distribution channels: Mekanism charges as little as $US250,000 to run a campaign that doesn’t involve traditional paid media.

As ad viewership increasingly shifts online, traditional measures of cost and effectiveness, such as cost per impression – the dominant metric for print, radio and TV ads – will become less relevant, and new metrics will be needed. I often discuss with my students potential ways to measure ‘cost per engagement’. By tracking the amount of time a person spends viewing an online video and seeing whether she forwards it, visits the company website or begins following the company on Twitter, you can quantify the benefits your company receives from a campaign. Looking at those benefits against your expenditures will give you a good sense of the efficiency of your campaign, allowing you to compare online lean advertising techniques with traditional media efforts.

Most online video advertisements today promote large, established brands. That’s because big companies, blessed with hefty ad budgets, have begun aggressively allocating some of their spending to the web. Over time, smaller companies’ ads will become an increasingly large part of the mix. Web video and novel distribution strategies are perfectly suited to rapidly building brands on limited budgets – the core of lean advertising.

Thales Teixeira is an assistant professor in the marketing unit at Harvard Business School.