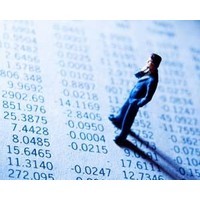 Treasurer  Wayne Swan could reduce the headline corporate tax rate from its current 30% rate to just over 15%, with virtually no consequences for government tax revenue, with one simple piece of legislation: simply abolish the dividend imputation tax system.

Currently, about half of company tax paid is offset by franking (tax) credits received by Australian shareholders in companies. Companies pay out around 70% of after tax earnings as franked dividends and around 80% of the attached franking credits are used by shareholders to reduce their tax payable.

If imputation were abolished, the company tax rate cut to around 16%, and if (a big if) companies paid out the increase in after tax earnings as increased dividends, the following effects would occur.

First, the headline corporate tax rate would be reduced – hooray! Second, shareholders would end up with the same after tax dividend income. Third, there would be minimal effects on budget tax revenues – other than some timing issues, and a relabelling of some corporate tax as personal/investor tax.

But the message from that is not that imputation should be abolished. Rather, it is that business leaders and commentators simply refuse to acknowledge that the tax paid at the company level is not really all company tax.

The 30% headline rate is not at all comparable with similar rates in other countries with classical, or non-integrated, tax systems where company income distributed as dividends is taxed twice. If an appropriate comparison is made, which recognises that company tax is really a withholding of investor level tax, our average “company” tax rate is closer to a classical system rate of 15%.

To illustrate that our company tax rate is not high by international standards, consider the total government tax take on $100 of company income if the company has a 100 per cent payout ratio. Under the imputation system if the shareholder is a resident on a 45% rate, total tax paid under our imputation tax system would be $45.

Now while that is a hypothetical comparison which ignores overseas tax rate levels and other tax system features, it does indicate that focusing on the 30% “headline” rate can lead to bad policy. And labelling the tax withheld as “corporate” tax rather than as a “withholding” tax on behalf of shareholders creates a misleading image when international comparisons are made.