Inside the mind of the shopper: what behaviour-changing ads have in common 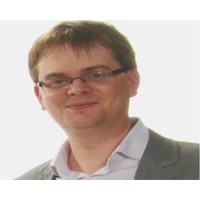 When it comes to crafting effective advertising campaigns, broad emotional appeal will win out every time, according to Orlando Wood, managing director of BrainJuicer Labs, which does research and development for clients in marketing and advertising.

“Fame and emotional advertising is the best predictor of effective marketing and sales just about every time,” Wood said while serving on a panel titled ‘New measurement techniques – eye tracking and emotional response’ at a recent Wharton Customer Analytics Initiative and Wharton Future of Advertising Program conference on innovative approaches to measuring advertising effectiveness.

Wood and co-discussant Herb Sorensen, whose book Inside the Mind of the Shopper was a seminal work in the field of measuring shopping attitudes and behaviours, commented on recent research focusing on whether customers can be influenced by marketing and advertising, and whether such stimuli really spur significant sales gains.

Anne Rivers of BrandAsset Consulting and Baylor University professor Kirk Wakefield studied a three-day NASCAR race in Florida to see if official and secondary sponsorships at a large event would influence buying decisions. Their paper is titled, ‘The effect of activating sponsorships in a stadium on key brand affinity metrics and sponsorship ROI’.

“Clearly an important pillar of marketing is … differentiation,” said Rivers. “A Ferrari is different, but most of us cannot afford it. But differentiation may be the first thing to go. AOL, for instance, was a big brand once, but [when] its differentiation … started to go, that was a real indication of problems in the future.

“So one of the ways to build that differentiation is sponsorship of big events and constituencies like NASCAR,” Rivers added, noting that sponsored events offer advertisers long durations and a diversity of opportunities to sway attendees on their products. The question then becomes how the advertiser can make its approach effective and whether the campaign can be definitively tied to sales.

Daniel McDuff, a PhD candidate at the Massachusetts Institute of Technology, took on a more pointed survey, trying to measure consumer reaction to advertisements by looking at people’s facial expressions during the ads using the cameras on their personal communications devices. For his paper, ‘Affective advertising: automatic measurement of advertising effectiveness from emotional responses collected using the cloud,” McDuff and several partners at M.I.T. asked respondents to record their faces while looking at ads. The researchers then evaluated the level of smiles, frowns and other facial reactions consumers made and compared them with verbal and written responses in which the subjects recalled their emotional reactions to the ads after the fact.

“The status quo is that we can use interviews and emails [to research people’s reactions to advertising]. But [those methods] are limited, because they involve post-watching evaluations, which may not be as accurate as what is happening during the viewing of the ad,” McDuff said. “People might feel under pressure to report experiences that they really did not have. If we can find a way to evaluate the responses that people have while watching ads, it could be a more effective way to do things.”

The power of prolonged exposure

While the research by McDuff’s group was not a one-for-one evaluation of the facial responses to the ads and the sales effectiveness of the promotions – because the researchers could only incorporate general sales figures for the items being marketed – McDuff noted that the preliminary study did have some encouraging results.

For instance, he said, there was a negative correlation when respondents had few smiles as well as more downcast facial responses to an advertisement. In other words, the less effective ads had the most negative and fewest positive responses. The other three permutations, however, had about equal effectiveness. According to McDuff, such results indicate that it is good to produce smiles, but not as bad as the researchers had originally thought to present an ad that elicits some frowns, or even a non-reaction.

Still, Wood stated, the point should be to infuse some sort of emotion, hopefully positive, into every ad pitch. “Surely advertising cuts through the system to the brain,” said Wood, noting that studying facial expressions in reaction to various promotions may well have a future as a marketing technique. “It has got to make you feel something for the brand. That has been a controversial finding, but it is what these preliminary papers show.”

Wakefield said the NASCAR study was, in part, meant to show how people who are passionate about an event may differ in their reaction to sponsorship ads from those who were less interested in the event (in this case, NASCAR). The major sponsors of the Florida event covered in the study included Ford, the US Army, Coca-Cola and Sprint. All of the companies displayed banners throughout the venue and set up booths and giveaway promotions around the track. In addition, five additional sponsors had a smaller presence at the event. The researchers also asked study participants about Apple and Rolex – two firms that were not represented at the event – as a test to see if people were faking their answers.

NASCAR fans spent up to 17 hours at the event over three days, Wakefield noted. Many drove to the venue in recreational vehicles, which they parked in a nearby parking lot, meaning they were exposed to some of the marketing displays even during their down time.

According to the researchers, the attendees with the greatest passion for NASCAR were more likely to be affected by the advertising that sponsors displayed at the event. While Wakefield and Rivers did not further conclude that NASCAR fans felt passion for those advertisers as well, the authors say their preliminary research shows that either prolonged exposure to those advertisers’ marketing at the event, or the chance, say, to obtain a free Coke or some other giveaway from Ford, made the fans at least more brand-aware of the NASCAR sponsors.

But Wood stressed that even if, for example, Ford’s marketing push was meant to emphasise that its cars have better engines than other brands, an emotional response is still needed to trigger awareness and sales. “[It] is one thing to be engaged with an event and another to appeal to the emotions,” said Wood. One requires thinking and evaluating, he added, while the other is an immediate reaction which, while using some information acquired over time, is often more convincing.

“If I ask you what two plus two is, I suspect everyone will quickly come up with four,” Wood noted. “But if I say: ‘What is 17 times 24?’ I suspect everyone would eventually get it. But the first [response] is emotional, based on experience, while the second is rule-based.

“If we have to always be guided by that kind of decision making, we would never get out of the house in the morning,” he added. “That is why we say advertising is most effective with an emotional base. I don’t know that long, involved exposure to complicated marketing is the most effective way to advertise.”

Sorensen agreed, but for a different reason. He pointed out that a person’s eyes change focus about 100,000 times a day. At that NASCAR track, Sorensen said, a fan could have thousands of views of a piece of advertising, which might not be any more effective than just one – or even one memory.

Rivers acknowledged that what she called “brand love” is important, but felt the incidental exposures, whether at the NASCAR track or elsewhere, were more than fleeting. Citibank, she noted, has strengthened its positive exposure in New York since getting the naming rights at the New York Mets home field. Another brand that has touched the “brand love” standard, she noted, is sporting goods firm Under Armour.

“They first started with pro sports, but then went to the Little League realm,” Rivers stated. Under Armour, she added, has gone out of its way to capture the fascination of customers, and then used advertising in ways to continue that connection.

“Whether it is pensions or pet food, decisions are made emotionally,” said Wood. “If you can give people reasons afterwards [for why] they made the right decision, so much the better. If you can give them post-rationalisation, then you may have won them for good.”