How your resume helped LinkedIn’s value grow $4.7b 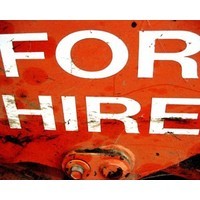 It’s been a tough year for social networks. When Facebook finally went public in May, the news focused on one thing – its shares plummeting 17% during its first few days on the market. Hardly a message to be proud of.

And yet, few have noticed that during the current year, another social networks’ shares skyrocketed 64%. In that time, the company’s value has grown $4.7 billion to a market cap of $11.2 billion.

LinkedIn has been the dark horse in social networking since Facebook came along, but as this piece on Forbes points out, it doesn’t like to be associated with Zuckerberg’s machine.

And with good reason. The company is now estimated to make a profit of $US70 million this year, after recording a loss of $4.5 million just a few years ago.

In the past few years, Weiner started pushing premium services to talent scouts, priced per user. Now, as the story points out, thousands of companies are using LinkedIn as a source for high-skilled individuals. And it’s put the company in a premium position.

“In human resources departments, having your own Recruiter account is like being a bond trader with a Bloomberg terminal – it’s the expensive, must-have tool that denotes you’re a player.”

We often tend to forget about LinkedIn, thinking it’s just the “social network for professionals”. But recruiters are viewing LinkedIn as a serious tool, rather than a waste of time.

The importance of the Recruiter tool is highlighted within the company as well, with some of the best salespeople earning $400,000 a year.

“And unlike at other Silicon Valley companies, where engineers rank as alpha dogs, LinkedIn’s salespeople pull off the most daring stunts. Sales-effectiveness leader Nate Bride once dyed his hair blue to match the LinkedIn logo – and shaved small parts of his skull to spell out the company name.”

What’s even more fascinating is how aggressive the company is at this. During the past year, it increased its total spend on marketing and sales to 33%. Microsoft spends 20% and Facebook spends just 15%.

But Weiner defends the practice, saying the result has been “off the charts” as customers keep coming back for more. The bottom line: LinkedIn recruitment tools get results. Adobe is a perfect example.

“A typical user is Trisha Colton, who leads Adobe’s hunt for digital media executives. On a recent afternoon, she needed to fill five positions.”

“With a few clicks of the mouse on her ThinkPad laptop, she could tailor a project-manager search that enabled her to look at possible candidates from 21 leading ad agencies, 15 publishing outfits and a host of other suitable backgrounds.”

Within moments, Colton had specified the types of jobs she needed filled – and had come up with 148 prospective candidates.

It’s recruitment made easy, and it’s making LinkedIn a fortune.