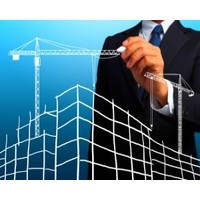 “Blame for failure has traditionally been laid at the door of the project management team. However, it appears that most of the fault actually lies with the project governance team,” he says.

The report states urgent action to improve Australian project governance is required and warns a failure to implement such changes would have severe consequences on the economy.

Estimates in the report suggest poor project governance costs companies and taxpayers over $35 billion per annum.

“There is absolutely nowhere near enough attention being paid to this issue, companies have their heads in the sand,” he says.

Deegan says Infrastructure Australia’s interest is to ensure taxpayers’ money is not poorly managed and misspent.

He says one of the major problems project governance teams face is that positions are given to highly senior people who lack the time and resources to carry out the role in the necessary way.

When asked if project governance is given priority, Deegan says “absolutely not”.

“Senator Chris Back has been asking us about this issue for quite a period, I asked Caravel Group to develop a report on the issue, we have published it because we think that this is a serious issue that both governments and the private sector need to be aware of,” he says.

Deegan urges Australians to read the report, saying companies need to be held accountable and people need to be aware of inefficiencies in these projects.

Deegan says the first and foremost step towards change in project governance is creating awareness that the issue exists.

LeadingCompany contacted Major Projects Victoria and the Department of Broadband, Communications and the Digital Economy who failed to respond prior to publication.