Inside the Autodom collapse: Why leaning on your suppliers can cost you 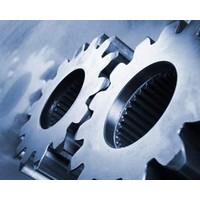 After suspending operations last Thursday, car-parts manufacturer Autodom was put into administration over the weekend.

The company, which supplies the Victorian and South Australian operations of several major car-makers, made a last-ditch attempt earlier this year to get its customers to put some money into keeping the parts-maker afloat. Ford and General Motors refused to back the company, according to reports at the time.

To cut down on storage and wastage, carmakers use ‘just-in-time’ procurement, where parts can be put into cars immediately after being delivered from the supplier. This means, with Autodom out of action Holden and Ford could run out of parts by the middle of this week.

It’d be an ineffective procurement officer who didn’t try to get the best deal for the company’s money when buying from smaller suppliers. But Andrew Downard, the managing director of consultancy AD Supply Chain, says that by focusing on the short-term, quarter-by-quarter imperatives to get the best possible deal out of suppliers, many leading companies are jeopardising their long-term success.

Before turning to consultancy, Downard worked for more than two decades in auto-industry procurement with companies including General Motors and Nissan Australia.

“If you look at the research, the results are that … collaborating and having a good relationship with suppliers is the better solution,” he says, citing both theoretical and practical studies.

For example, a 2007 study comparing American to Japanese automotive manufacturers found American companies spent six times as much to purchase a product, adding up to, on average, $1500 more per car for the parts they buy. In Japan, car companies have largely collaborative relationships with their parts suppliers, while in America car companies tend to play suppliers off against each other to get the lowest prices.

Arrogance and margin envy lead to “used up” suppliers

When it comes to large companies buying from smaller ones, there can be a level of arrogance in senior management that means suppliers are squeezed too far, Downard says.

“There can be the feeling in very senior ranks that they’re the biggest player. A sense of entitlement comes with that. One can assume that the government will step in and prop you up, and that suppliers will do everything they’re told.”

This can lead to short-sightedness, where instead of just using suppliers, suppliers are “used up”.