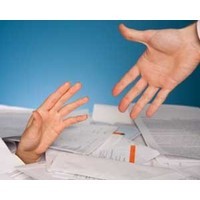 Imagine if one of your customers had the legal power to reach into the corporate bank account and take back the past six months of payments they have made to you.

There is such a customer: an insolvent one. A liquidator, once appointed, can retract payments made, in some circumstances, to suppliers, says Middleton’s insolvency partner, Michael Forrest.

But those suppliers that knew nothing of Retail Adventures’ insolvency problems might actually be in a better position to staunch the losses from the liquidation process than other better-informed ones, Forrest suggests.

The issues facing all leading companies when one of their customers gets into financial problems are more complex than most realise.

It is what you say (not what you know)

Logic has a habit of disappearing in times of crisis. If a supplier suspects their client is in trouble, logic dictates an honest conversation that starts between the two parties.

“But there are defences that can be raised, including that you had no idea of your client’s insolvency. That is a defence.”

Leading companies are caught in a bind. Even internal memos or records of conversations between the CFO and CEO about a client’s solvency or ability to pay can be “discovered” by the liquidator and used against a company to prove they knew their client was insolvent.

Any verbal or written comment from a supplier that suggests the client’s inability to pay bills as and when they fall due can be used against the supplier to recover payments. Says Forest: “The awkwardness of this conversation, in my mind, is trying to get the answers without saying something. If you send a customer a letter saying you owe me $200,000 and I think you can’t pay, you are insolvent, you will have a tough time resisting paying that money back to the liquidator.”  (This is because insolvency laws protect all creditors against some creditors getting “preferential” payment.)

Despite the very real dangers that a liquidator’s power might cost leading companies thousands (or millions) of hard-earned dollars, very few suppliers have an insolvency clause in the standard terms and conditions of their contracts.