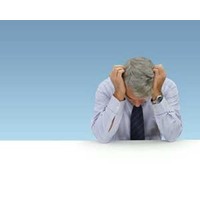 As a business that exports in US dollars, or deals directly with customers reliant on US-dollar exports, we follow the economic orthodoxy that we deserve an offset against the Aussie dollar by way of lower interest rates on our debt and lower input costs on our imported components.

So, our board of experienced business operators decided to investigate why our effective interest rates on business borrowing had fallen just 0.23% while the Reserve Bank had reduced its base rate by 1.75% over the past 18 months.

While households have received about 1.2% or more of this fall in “official” rates, as a long-established and low-geared business, we received zero fall in the first 1% of the Reserve Bank action.

Most of our components are machinery bought in lumps (not regularly monthly batches, like interest payments to banks, or revenue), but global companies have held their pricing at an 85-cent dollar to reduce their risk and due to their relatively much larger position in the market. Most Australian consumers and businesses would note they are not gaining the full benefit of the high Aussie dollar. There may be loopholes and exceptions for online buyers of music or clothes but, unfortunately, this does not apply to importing drill pipes or diesel engines as business inputs.

So what can be done to reduce our costs of money? We are a long-term and prime customer of an Australian major bank. Our debt is tied directly to property, running currently at about 30% of that bank’s valuation of that property. Our bank margin is 1%. That alone should show our blue-chip status. Most good, long-standing family businesses would pay a 1.5% to 2.5% margin, applied via their business banking margin. Many pay 3% or 4% or switched back to overdrafts and credit cards at 6%, 8%, or even higher, customer risk margins.

Our contract with the bank does give them a few months to roll over the new rates. You roll your eyes that the bank take about three days to clear a cheque, grabbing every advantage their way. But you expect that at the maximum, according to their contract, at no more than 90 days, the bills would follow the Reserve Bank rates down to some degree.

Within the bank, the wholesale arm retains the right to change its margin to its business banking managers. And they have aggressively lifted their wholesale margin at about exactly the same time and level as the Reserve Bank dropped its rate. Obviously bank economists who comment on the Reserve Bank rates have no influence on the moves made by their own bank wholesale fund!

On top of this, the bank requires that you must request a review to ensure that your bills are reviewed for a cut in rate. No request is required if the rates rise.

So after every Reserve Bank ‘official’ rate drop, we request a review. In one instance we gained a 0.26% rate drop, following the successive mid-year falls, and as a catch up on zero drop after the Reserve’s first full percent of cuts. But in October, just before that predicated drop, our rates went up by 0.03%, described by our bank as readjusting its wholesale rate for the previous two Reserve drops.

Our CFO is smart woman who does use charm and wiles as well as 20 years of financial management experience to get the best for the company. But even she has been frustrated and angered by our treatment by the bank.

As directors we followed through with her investigation to our senior business banking manager. Tired, stressed and, in the end, close to tears, he explained he was under extreme pressure to use various weasel words offered by HQ to stall any rate cuts to business. We all agreed that in a fast-changing economy, some businesses did have a rising risk profile and should have a rate rise and/or facilities reduced. That’s creative destruction of capitalism. But why are so many solid businesses being denied a rate cut, especially when we are searching for every cost cut to remain viable.

The bank manager agreed that the balance between bank profits and reasonably servicing their customers was “out of whack – far more than I have ever seen in three decades of business banking”.

So that is the confession.

We still haven’t got out business loan rate cuts.

I want the Treasurer and the Reserve Bank chair to know: that lack of reduction in the cost of money is really starting to bite in the land of real business.