iPerks: Apple, like others, takes steps to woo employees 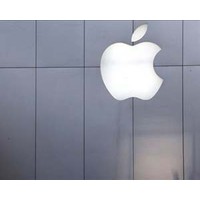 According to an article last week in The Wall Street Journal, Apple CEO Tim Cook has brought something to the company that many employees may not be familiar with: perks.

These perks, according to the article, include new discounts on Apple products, a program that matches employees’ personal charitable contributions up to a set amount, and “Blue Sky”, which gives small groups of employees a dedicated amount of time to spend on their favourite engineering projects. Cook has taken other steps to make Apple’s workforce feel more valued – such as praising employees at public events and trying harder to retain individuals who get outside job offers – the Journal noted.

How effective are these perks, and what should companies take into account when deciding which menu of perks to offer?

Peter Cappelli, director of Wharton’s Center for Human Resources, describes Apple’s Blue Sky benefit as an example of a perk that is “tailored to the type of entrepreneurial, initiative-taking employee that most companies would want to keep. It also counters a key Google work arrangement,” he suggests, referring to Google’s 20% Time, a program in which Google employees are allowed to spend one day a week on projects of their choice that are outside their normal job responsibilities.

What’s key about initiatives such as Blue Sky and 20% Time is that they are “tapping into people’s intrinsic motivation to work in these types of environments,” adds Wharton management professor Nancy Rothbard. The company clearly “has trust in its employees and values them as thinkers, creators and innovators. By seeding that innovation engine, the company is inspiring employees’ passion about their work. If one of their ideas turns out to be a blockbuster, then it’s a win-win for the company and the employee.”

The downside to this kind of perk is that companies may have to hire more people to handle the regular work load, Rothbard notes. “Otherwise, you are asking the person to do more work for the same salary.” If the company does not intend to bring in more help – “if the extra time the company is offering is fictional – then employees will rightly become frustrated.”

Wharton management professor Matthew Bidwell wonders how well Blue Sky can be implemented at Apple, which has “a much more tightly controlled system focused around a relatively small and integrated number of products” – a different model from Google’s where the “approach has often been to ‘Let 1,000 flowers bloom’. It will be interesting to see whether Apple can reconcile [its culture] with a more bottom-up system.”

According to Wharton management professor Adam Cobb, many of the innovative ideas Google employees have come up with “have left the firm. There is a whole industry of Google start-ups, but I don’t think Google sees this as an issue. The company wants to be known as a place where really smart people are doing innovative things. It’s their identity.” At Google, Cobb adds, many of those innovations revolve around software, whereas at Apple, “the innovations are more about product design or functionality for a specific technology.”