Is Burberry the canary in the luxury coal mine? 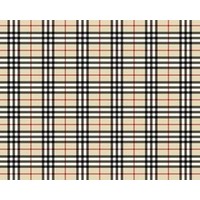 When Burberry recently reported that sales at stores open a year or more were flat, and suggested that profits are likely to be on the disappointing side, some people began to wonder if Burberry might be the canary in the coal mine – a harbinger of lower sales in the luxury sector over the coming months.

A Wall Street Journal article today supports that theory, noting that diamond sales in China are expected to grow more slowly this year than last, while Daimler AG has announced that its Mercedes-Benz division would miss its profit target in China and expects lower sales for its Porsche division.

Is London-based Burberry indeed an example of what we will see in the luxury goods market? What are the implications for the global economy and, equally important, for the upcoming holiday season?

Burberry suggests that its slowdown is “a sign of an upcoming trend in the luxury segment,” says Wharton marketing professor Barbara Kahn. “Although it is hard to know for sure, there is some indication that this might be a correct analysis.”

Much of the ability of the luxury segment to maintain steady growth has been due to strong performance in China, she adds, and “recently, this growth has slowed down for several reasons. First, as the Chinese luxury consumer gets more sophisticated, [his or her] need for purchasing high-end visible status symbols slows down. Many of Burberry’s products are high status — and visibly so, due to the famous ‘check’ [design].” Now that consumers are gaining more confidence “in their own positions of wealth, these types of purchases may decrease.”

In addition, Kahn says, China’s economy is slowing down, “and there are indications that the government will not provide substantial stimulus mechanisms, as they have in the past, to keep up the growth levels.”

Burberry, a luxury fashion house that sells accessories and clothing for men, women and children, has approximately 235 stores and outlets, and can be found in more than 200 upper-end department stores worldwide.

An article in The New York Times noted that Burberry’s main customers, “known in the industry as traveling luxury consumers, [include] just over a third in Asia, a quarter in the Americas and a little less than a third in Europe.”  The article, published shortly after the disappointing figures were announced by the company, quotes Burberry CEO Angela Ahrendts acknowledging that “the external environment is becoming more challenging,” and suggesting that Chinese consumers may be slowing down their luxury purchases only temporarily, waiting to see how the upcoming leadership changeover in China affects their purchasing power.