Is your company worth more than the sum of its parts? 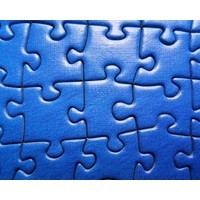 Andrew McLeod, a veteran media analyst at Morgan Stanley, has claimed Fairfax would reach a higher price if its various businesses divisions were sold off separately, rather than sold as a whole.

In a note to clients, he said such a break-up was “plausible”, and could realise a price of $2.1 billion, or 90 cents a share. Fairfax’s closing share price yesterday was 51.5 cents, giving it a total market capitalisation of $1.4 billion. Fairfax’s board has faced pressure from institutional shareholders in recent months to sell off parts of the company.

This issue is top of mind for the best directors as they consider their duty to maximise return to their shareholders. If the company is more valuable in the long-term after being split up, it should be.

Why companies break up

“Sometimes a company is actually two separate businesses. Together in a group both can get lost, but separately they have their own identity,” she says. “The value can be visible when they’re separately branded.

“And there are benefits to having a team that’s purely focused on one thing.”

What guides a valuation?

A multiple of future earnings is used as a basic valuation for a part of a company. This is what McLeod did with Fairfax, and it’s a very common methodology used to evaluate break-up values. The exact multiple differs from industry to industry, guided by set principles.

“Once upon a time, a valuer would say, ‘based on my experience, a multiple of ‘x’ or ‘y’ is appropriate,” Pierra says. “But the valuations standard issued by the Accounting Ethical Standards Board a few years ago means that valuers can no longer pull a figure out of the air. They need to do proper analysis and research to support the multiple applied.”

Pierra is referring to the APES225 Valuation Services guidelines, issued by the self-regulatory body for chartered accountants in 2008. It sets out what valuers should take into account when issuing guidance to companies, and includes things such as a listing of assumptions and an explanation of the reasons behind them coming to the conclusions they did in the valuation report.

Valuers don’t just rely on things like revenue and common multiples of EBITDA when giving a valuation. Breaking up a company is the reverse of doing an acquisition, so valuations of both transactions tend to take similar concerns into account.

“Acquisitions look at synergies,” Pierra says. “So do companies considering their break-up value.”

The degree to which things like IT, finance and human resource functions are bound together affects the ease and valuation of breaking off a part of the company, both from an initial and an ongoing cost perspective.

“You’ve also got the factor that large companies are often able to organise great supplier discounts, resulting in their ability to purchase at greater volume.” Companies need to consider how splitting up will impact their ongoing input costs.

Another factor is the management team of the new, broken-up entity. Their competence will affect the value of the carve-out.

“And then, you need to consider the impact on the customers,” Piera adds. “Is there likely to be negative sentiment, for example?”

At the end of the day, assessing the breakup value of a company is both an art and a science, she says.

“The ‘art’ is applying commercial knowledge and judgement.  The ‘science’ is making sure you do the proper research and analysis.”