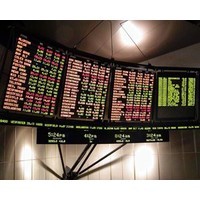 iSelect floated on the ASX yesterday to dashed expectations, sinking 15.7% below its opening price by the end of its debut trading session.

The Melbourne-based company, which primarily operates a website allowing consumers to compare the price of different insurance products, has faced ongoing questions about the longevity of its business model.

Evan Lucas, a market strategist at IG Markets, told SmartCompany the problem for iSelect is that the industry has relatively few barriers to entry, making it a far more competitive space than investors would like.

“iSelect has structural problem, which is that it’s not a hard model to replicate. You already see competitors like comparethemarket.com.au.”

Recent years have seen a slew of online-only companies like SEEK and carsales.com.au become sharemarket darlings. But Lucas isn’t sure iSelect has the same characteristics.

“There are plenty of examples in the market of these types of companies which survive and those which don’t. The ones who do are very specific, and offer a niche product.

“iSelect’s ability for them to be the place to go and compare health insurance plans won’t be a long-term thing unless they come up with a product offering that keeps them ahead of the curve. Without that, it’s not going to be easy for them to hold onto their share price.

“It really comes down to whether you see iSelect as a good long-term play, or just a short-term speculative thing to invest in. At the moment, there are more sellers than buyers.”

“The broader sharemarket fall probably contributed about 20% to the fall,” Lucas says. “Yesterday was not a brilliant day to be listing.”

Even so, the float shouldn’t be seen as a disaster. iSelect’s founders are a great deal richer, though not as rich as earlier reports suggested they were about to become.
The float didn’t do as well as some might have hoped, but that doesn’t mean it was a disaster for its founders.

Cofounder Damien Waller took 31 million shares into the IPO. Those shares would now be worth $48.3 million at yesterday’s closing price. Towards the start of this month, brokerage firm Credit Suisse had valued iSelect at between $414 million to $515 million, which at the upper bound valued Waller’s then 15% stake at close to $77 million. But still, $48.3 million isn’t bad to go on. Waller still holds a 9% stake in the company.

The other founder, David Urpani, sold out his 2% stake way back in 2008, meaning the next biggest individual beneficiary is lawyer Leslie Webb, who went into the IPO with 2 million shares, worth $3.1 million at yesterday’s closing price.

Mi9, a joint venture between Microsoft and Nine Entertainment, sold its 30.24% stake yesterday for $114.7 million.

Waller told Fairfax the float was a “major milestone” for the company, and was the “next step in a much longer journey for iSelect”.

“We see a great deal of opportunity and growth ahead of us,” he said. SmartCompany tried to get in touch, but received no response by deadline.

The float is the second high-profile float this month. Two weeks ago, IVF company Virtus Health listed to more success. Its shares are still trading at around 5% above its opening price.

Even though the float didn’t go as well as some would have hoped, Lucas says the IPO drought that saw hardly any companies list in 2012 is drawing to an end.

“There’s excitement about the IPO market right now,” Lucas says. “But what yesterday’s float shows is that investors are being very deliberate and careful about what they back and what they don’t.”