IT opportunities: India can take you to the world 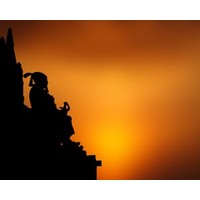 Local technology companies could benefit from Indian companies that are looking to invest in Australian technologies, according to information technology industry veteran Neville Roach AO.

But that investment will not just fall into Australian companies’ laps, he warns.

Roach chairs the advisory board of India’s largest IT multinational, Tata Consultancy Services. He is also a former chairman – and current leader – of the Australia-India Business Council (AIBC).

“On the other hand, the Indian market has been slow in implementing technology, so there is huge potential.”

Now Indian companies are looking for growth through acquisitions, and Australia is a tempting market.

“It makes strategic sense for Indian companies to buy in Australia,” Prasad Guntupalli, head of Australian IT company Attra, says.

Attra supplies banking software and has offices in Australia and India. Guntupalli is based in Bangalore, where 500 of the company’s 600 staff work.

“Australians are the second-largest IT spenders (behind Japan) in the Asian region,” he says. “For Indian companies looking for a global presence, Australia gives them access to a large market, and a foothold in the region.”

Roach says local technology companies can take their solutions to the world by being bought up by a bigger player, and profits will follow.

If companies can get it right (see tips below), the opportunities are there. Here are a few examples of recent deals:

› Financial Network Services (FNS) is a banking solutions company, based in Redfern. Indian multinational, Tata Consultancy Services, acquired FNS for $US26 million in 2005, because of the banking application solutions on offer. “FNS went from dealing with around 100 customers, to dealing with 150 million accounts, 15,000 online branches and 25% of the Indian market,” Roach says.

› The most recent Indian acquisition was in April this year, when Indian IT company Wipro acquired unlisted Australian company Promax Analytics for $35 million.

IT companies need something great to sell: fantastic software or a quality customer base, for example.

IT leaders also need to be comfortable working with Indian companies, Roach says.

“We think it’s all easy with the similarities: cricket, democracy and language. But there are actually huge cultural differences.”

Guntapalli is one example of success; he expanded Attra from Australia into India. “We had no big issues because we talked to people from both countries and trained our workers accordingly,” Guntapalli says. One advantage is that employees can be offered overseas experience.

Roach says there are three main steps for companies to take in order to overcome cultural hurdles and be more attractive to Indian buyers.

1: Visit India. “People have a stereotypical view of India and it can be a hurdle,” Roach says. “You have to see it for yourself and form an opinion.”

2: Approach industry associations, such as the National Association of Software and Services Companies (NASSCOM). “It is places like this you can meet and converse with Indian leaders,” Roach says