It takes two: Bob and Jack Ingham, and other successful partnerships 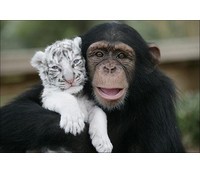 Bob Ingham, the 82-year-old who, with his brother Jack, turned Ingham Enterprises into one of the country’s largest poultry companies, is selling his business.

The Ingham brothers inherited the business from their father in 1953. Back then it was a farming operation, with 650 pigs and 30,000 birds. It didn’t take the brothers long to pivot their business, establishing a poultry processing unit in 1958.

By the time of Jack’s death in 2003, Ingham Enterprises had captured more than a third of the market for chicken meat. Today, the company turns over $2.2 billion a year.

The family is notoriously private, but in 2010 Robby Ingham told The Australian Financial Review the bond between the brothers was a key part of their success: “Their partnership was unique. They didn’t try to do each other’s jobs and that is the biggest thing to any partnership. You can’t micromanage.”

It’s a lesson emphasised by others LeadingCompany contacted this morning.

Dean Ramler is the CEO and co-founder of designer furniture company Milan Direct. He founded it in 2007 with the CEO of Kogan Technologies, Ruslan Kogan, a friend from high school. Today, Ramler works full-time at Milan Direct handling the day-to-day operations, but he and Kogan still make the strategic decisions together.

“I‘ve seen a lot of partnerships fail because two people partner with the same skill set. They then want to do same work, and there’s little extra value from the partnership,” Ramler says.

He and Kogan have completely different skill sets.

“I have a very strong background in furniture,” he says. “I was bought up from a young age in the furniture industry. Ruslan has a very strong technology background … he had good experience in online, and in dealing with China.”

The duo made use of their different strengths. From the day they started the business, Ramler and Kogan divided up the roles and responsibilities. “These have evolved over the years, but we’ve always been clear on who’s expected to do what.”

Complementary skills also played a big part in the success of iconic recruitment firm, Morgan and Banks, founded by Andrew Banks and Geoff Morgan. It was sold to TMP Worldwide in 1999, and the partners went on to form Talent2, a listed recruitment company that they are in the process of taking private.

“I couldn’t have been so successful on my own,” Banks says. “Geoff [Morgan] and I have a unique combination of skills.”

“It’s like a marriage … if you take away what a partner gives … you can’t conquer the world.”

The partnership between the two began in Australia 27 years ago, when Banks and Morgan worked at rival recruitment firms. After forming, it survived separation, when Banks went to New York to run the global operations of the rapidly expanding company.

The secret to their success?

“We can disagree about a topic but we never attack each other. We instinctively share that,” Banks says.

They work together to build agreement, or at least acceptance, before taking strategic decisions.

Morgan says their motto is simple: “If we don’t agree, we don’t do it.”