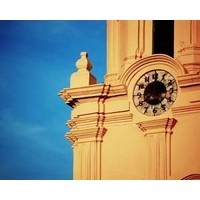 The $1.4 billion cost blowout reported by the NBN Co last week has focused attention once again on the seemingly regular occurrence of large government infrastructure projects being delivered late and over budget.

Whether we look at the much-touted Public Private Partnerships (PPP) frameworks championed by state and federal governments of all persuasions, or in the NBN Co case, a government monopoly engaging with the private sector, the cost to the taxpayer invariably appears to be greater than first estimated.

Why might that be? Is it that we are systematically poor (in one direction) at estimating future costs? Or do political realities and parameters change? That there is a lot of risk and uncertainty in the world around us is certainly true, but why must it always be the case that the taxpayer is left with the “bill”?

Surely there must be something wrong with our government’s existing tendering and contracting processes that leads to this repeated occurrence. And there is. An alarmingly lack of both good governance and contract design, principles that we expect of the corporate sector, are only cursorily considered in the public sector.

Let’s deconstruct the problem a bit further. The most efficacious delivery of large infrastructure (and other government projects) will almost always involve some private sector engagement. The challenge is to garner that engagement on terms that create societal value.

The tendering guidelines that most public sector entities adopt recognise the value in harnessing competition. Recourse to elementary microeconomics suggests that competition among potential bidders “for the market” (that is, to win the right to have some monopoly power) will result in the same efficiency outcomes as competition “in the market”.

The problem, in almost all real world contexts, however, is what economists refer to as an “asymmetry of information”. If one side of the market – in this case the bidders (or worse yet, only some bidders, so we don’t even get the real positive effects of competition) – have information about the likely outcomes (costs/benefits etc) and the other side (the government) doesn’t, then we would expect the informed party to appropriate more of the rents.