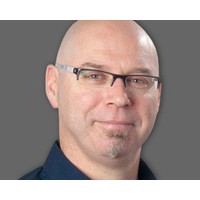 One of the most pressing needs for companies today is not so much getting customers to shell out their hard-earned for products or services, it’s to get people to care enough so they’ll take notice of you, recommend your brand and share your content with their friends. Oh, and if they like you, buy your stuff.

The emergence of social media as a disruptive force in business has been in play now for several years. One of its by-products – some would say casualties – is that people are ultra-overloaded with information like never before (and we’re starting to filter the information we receive – ie. one in four Australians “Like” a new brand on Facebook on a weekly basis).

Much to the chagrin of the “powers that be” people no longer blindly accept what companies, government organisations or the media tells them. “We’ll make up our own minds, thank you very much” is the catchcry (often with the help of our ever-increasing personal networks of peers, friends and acquaintances whose opinions we value and trust. According to the 2012 Edelman Trust Barometer, 62% of Australians trust “a person like myself” as a credible source of information about a company – a jump of 31% from 2011).

While many brands continue to go after consumers’ wallets with a single-minded purpose (as if it were still 1999), they’re often neglecting a critical step in between. And that is earning the attention and respect of the people who matter most to the success of their business – their customers, stakeholders and influencers.

Peoples’ attention is the scarcest of commodities in today’s hyper-connected world.

The people want (and deserve) more. We are a harried and time-poor lot, surrounded by so much “white noise” and spin spouted by way too many brands that we’re shunning your logo and ignoring your message. Instead, we’re gravitating towards brands that understand the “new reality” – companies and organisations that treat us with empathy and respect, brands that communicate in ways that are open and transparent, that engage us with authentic and interesting stories, that create content that contributes to our lives in some way.

May I suggest it’s time for a major rethink about how we go about things from a marketing perspective. Brands need to reframe the situation of how they communicate with consumers and their other stakeholders. Dare I say it, a mind shift is required, and it needs to start happening at the top.

Rather than continually pushing out your message to the masses, who by and large aren’t interested, why not start trying to PULL people towards your brand by being remarkable, interesting, relevant and useful?

Instead of selling all the time, why not try being helpful?

Instead of pitching, why not draw us in by being interesting (and interested)?

Instead of intruding, why not attract us by providing solutions-based content that makes our lives easier?

Instead of making it all about you, why not start making it about us ­– your customers, stakeholders, employees and partners?

I understand there’s a need for major brands in particular to attempt to buy peoples’ attention with paid-for advertising, incentive programs, promotions and the like. I’m not trying to suggest we do away with traditional methods altogether, but rather, start introducing ways to communicate with people that are in sync with the times and the mood of the marketplace.

In future posts I will provide examples of fast growing companies and well established brands that are doing things differently from a marketing perspective, and as a result are attracting public and media attention for all the right reasons.