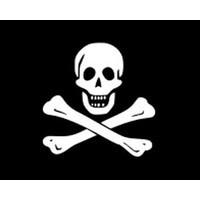 Despite my university title, I’ve always thought that someone, one day, will discover that I’m not a “real” academic. This hasn’t been helped by the fact that when it comes to teaching, I’m by no means a traditionalist.

Over the years, colleagues within my institution and beyond have accused me of everything from dumbing down what I teach to being more of a talk show host than an academic. They insist that students read the “sociological classics” – and if one in five fails as a result of this approach, so be it.

But last month, I found a way to tell these critics to, in Bart Simpson’s words, eat my shorts.

At a ceremony in Canberra, I was surprised to be named the Prime Minister’s University Teacher of the Year Award.

While the Prime Minister’s Award is a significant public recognition, even more important is what it represents – that trying new and unconventional teaching methods is not just a nice idea but a real way to engage students and help them learn.

I spend much time reflecting on how to get the best out of my students – even if it means dancing at the front of the class. And I have found that unconventional teaching methods work far better for first-year students than many old techniques.

The safe option is to put together a bunch of PowerPoint slides with quotes from thinkers like David Harvey, David Held and Jean Baudrillard. These are inspiring and insightful authors that have a lot to offer.

But while I find these authors interesting, they can also be dense, and for first-year students their discussions and examples can seem remote and often irrelevant.

As a lecturer, it is hard work to keep the students engaged, and the success rates are dependent on the cohort, time of semester, the assessment requirements of other subjects and even bad weather.

Chaos in the classroom

Five years ago, I began trying a radically different way to teach the concepts of chaos theory.

Instead of just talking, I start the lecture with a number of body percussion exercises – 400 students loudly clap and strike their bodies in time with each other. I explain how much like a 4/4 beat followed by a ¾ beat, certain processes in our globalised world are actually in-sync, and can be relatively easy to identify.

The next stage is to then perform a “flash mob” with about 100 students at the front of the lecture theatre.