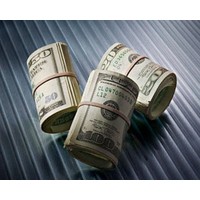 American-based private equity giant Kohlberg Kravis Roberts has finished raising cash for its $US6 billion ($AU 6.5 billion) Asia II fund, and plans to invest almost $AU1 billion (15%) of that in Australia over the next few years.

The fund is the largest single private-equity fund in Asia, eclipsing those of rivals TPG and Carlyle, giving KKR significant capital to invest into emerging growth markets.

The mammoth fund is the second KKR has raised in Asia, and joins its $US4 billion Asia I fund (now fully invested) and its China Growth fund. The private equity group says it has invested $US5.5 billion in Asia already since 2005.

Asia is an eye-catching prize for many global private equity firms, as its companies tend to be relatively young and cheaply priced, offering significant growth potential.

When it comes to the Australian market, KKR keeps mum on what industries it has its eye on. Most Australian industries are only dominated by a handful of players, so saying anything specific would allow savvy investors to narrow the field down pretty quickly, especially given the PE titan rarely invests less than $100 million at a go.

But the company’s past investments could offer a clue as to where it could be placing some of its investments.

Its highest-profile Australian investment in recent years has been in Seven West Media, which the company sold out of at a loss in May.

Likely to prove far more lucrative for KKR have been its investments in Genesis Care, which specialises in treating patients with cancer and cardiovascular disease, and Bis Industries, which provides transport and logistics services to the mining industry.

Globally, KKR owned 11 healthcare companies in September 2012, along with 14 industrial companies, another 14 mainly involved in retail, and 12 internet companies.

Australia is the third-largest single destination pegged for investment by the Asia II fund. The fund is allocating a quarter of its funds to China, another quarter to Korea, and 14% to India.