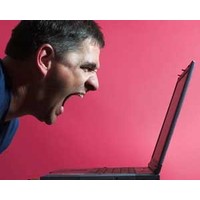 Equities consultant David Iron must have figured he had nothing to lose.

“Not dissimilar to the way my home life operates, it seems that I am always the last to know,” he wrote in an email to colleagues as he digested the news that ANZ was shutting down his division, ANZ Equities.  Formerly known as Linwar Securities, the small-to-mid-cap research house had only recently been acquired by ANZ.

It’s rare that leaders get such an honest response from one of the underlings tasked with putting their grand plans into action. With so many companies undergoing vast corporate restructurings, including Billabong, Perpetual and Goodman Fielder, such pushback could expose their best-laid plans to scrutiny and stir up internal dissent. It’d be remiss of LeadingCompany not to draw some lessons from ANZ’s predicament.

But first, because they’re so fascinating, the particulars.

Linwar Securities, an institutional broking firm specialising in mid-cap companies, was founded in 2002 after BNP Paribus exited its Australian investment banking operations. Its name is an acronym: life is nothing without a risk.

Linwar was originally owned by its staff, until online share-broking platform E*Trade bought half the firm in 2005. That half was then bought out by ANZ in 2007. Last November, ANZ acquired the half of Linwar it did not already own. At the time, there were no job losses expected in Linwar’s 20-person team.

ANZ bought in a new head, Steven Ziloli, who in March said the Linwar/Equities division didn’t meet ANZ’s standards for revenue per employee. The bank fired three research analysts and moved two into sales roles, while telling the remaining analysts to stop covering companies and produce macroeconomic research instead.

And then, last Sunday, ANZ announced it was closing what remained of Linwar and firing the firm’s employees. Most of them – 16 since the acquisition – have already left, meaning the announcement affects just nine who remain.

A spokesperson told The Australian Financial Review the bank had “no strategic advantage” in the area.

Iron doesn’t agree, and took the opportunity to say so while he had the chance in an email to co-workers, leaked to AFR yesterday.

“It is hard to mask my disappointment with this decision… I firmly believe that we were at the very early stages of shaping a very different but highly relevant institutional brokerage business which complimented [sic] ANZ’s core activities whilst delivering a different value proposition to institutional investors,” he wrote.

“C’est la vie. What would I know about the sharemarket after working in it for 27 years?”

Iron is a senior Australian banker, having previously worked with the Royal Bank of Scotland in Australia and at investment bank Moelis & Co.

“Today I have been advised that ANZ is closing down ANZ Equities and therefore my services are no longer required. Sadly I am the only one surprised by the news as it has been widely leaked internally over the last week.”