Lessons in communication from Kony 2012 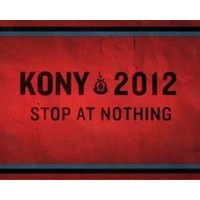 Only if you were hiding under a rock all of last week could you have missed the Kony 2102 viral video campaign. The campaign swept the internet, becoming a number one news topic, raising over $15 million in two days and attracting more than 82 million views. Even our hairdresser was talking about it!

The Washington Post summarises its success by noting “the viral video campaign has achieved something very real that essentially nothing else up to this point could: broad exposure and emotional connection that now carries many tens of thousands, if not more, of passionate supporters”.

Wherever you stand on the broad spectrum of public opinion on the campaign, from praise to criticism, there are some core communication tips every leader can learn from its success – and none of them have to do with the power of social media.

The most important communication commandment if you want to influence, and shift behaviour is ‘make me care’. Make me care about your message, emotionally, intellectually, and physically.

The hard-nosed truth is most leadership communication doesn’t make people care. What would make your audience care can’t be the prosaic, like ‘it’s important’, or ‘it makes sense’.  It has to be bigger than that.  The Kony 2012 campaign makes us care about child soldiers. They did it by using stories.

He draws us in with the story of his gorgeous five-year-old son, Gavin, plus the story of his African friend Jacob, and finally, the story of the difference everyone can make. It’s moving, engaging and above all, authentic.  Note the strategic choice of stories – he chooses not to tell us the story of Uganda or even Kony himself, but chooses these other lenses. It’s simple, fresh and yet powerful.

The story told through his son Gavin is engagingly innocent; the story of Jacob takes us to the harsh brutality of life in Uganda; and the story about what people all over the world have done makes us feel empowered, by knowing we can make a difference.

The Kony 2012 invites action; otherwise all its power and the 30 minutes of our time watching the video have been wasted.  It was designed to provoke action. This is as simple as using social media to like, share, tweet, or to donate money or purchase an action kit.

This campaign succeeds where many business communications fail.  The people behind STOP KONY fully understood what they wanted their listeners to do, feel or think after hearing their message.

When working with our business leaders we often ask them: “What do you want your staff to do, feel or think differently after the presentation or briefing?” The vast majority cannot answer in the detail required and respond with a “I want them to get excited about it, or get behind it.”  And then they get frustrated when nothing changes.

Get key influencers on board early

Jason Russell gets the power of celebrities. He says in his video: “Celebrities, athletes and billionaires have a loud voice and what they talk about spreads instantly.”  His campaign targeted influencers such as Bono, Oprah and Rihanna and was closing in on 39 million YouTube views the day it was launched.

Now, in business, we are not suggesting you get Bono or Oprah out for your next internal staff strategy briefing, although it would no doubt get people turning up.

Ask yourself “Who are the influencers – the movers and shakers in our world?” Can you get them on board first so they influence the way your messages are received?

If you can get them talking and excited, that will have a ripple effect all through your business.  We are not talking about the token ‘change champions’ but people who in an informal sense are key influencers.

So here are three timeless and proven methods of communication we can all learn from the Stop Kony 2012 campaign:

Do that and you are well on your way to success.

Gabrielle Dolan and Yamini Naidu are co-founders and co-directors of One Thousand & One, a company that specialises in organisational storytelling.