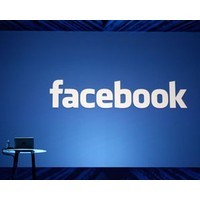 It’s not enough for businesses to create social media guidelines for their employees – they need to make sure they’re reasonable enough to be implemented and are then checked regularly against the industry’s fast-moving trends, a legal expert warns.

The warning comes alongside the latest development in the Linfox case concerning an employee who made remarks against the company on Facebook. The company’s appeal against the employee’s successful unfair dismissal application was dismissed yesterday.

But the appeal contains some large indicators about how businesses should go about making their own policies, including a tip that ignorance about Facebook privacy settings may become less of a problem in the future.

“One of the criticisms of the Linfox case was that it’s a sophisticated company but didn’t have a social media policy in place,” People + Culture Strategies director Nichola Constant says.

“If they had, the action they had taken might have been reasonable.”

Fair Work Australia rejected an appeal from Linfox against an earlier, successful, unfair dismissal application made by employee Glen Stutsel.

Stutsel made comments against two managers on Facebook – comments which both managers claimed were sexist and contained racial vilification.

Fair Work Australia granted Stutsel his unfair dismissal application after he argued he did not know how public the comments were, while his counsel likened the Facebook conversation to a discussion at a pub or cafe.

Stutsel also pointed out his page had the highest privacy settings.

Linfox had attempted to extend its employee conduct policy to social media platforms.

But while this latest appeal was unsuccessful, it contains a number of nuanced findings that could educate businesses on how to form their own social media policies.

For instance, the panel has found that ignorance about using Facebook was a key part of the case – and may not necessarily be a defence in the future.

“The claim of ignorance on the part of an older worker, who has enthusiastically embraced the new social networking media but without fully understanding the implications of its use, might be viewed differently in the future.”

And while the original argument likened the conversation on Facebook to that of a pub, the appeal tribunal had a different view.

“The fact that the conversations were conducted in electronic form and on Facebook gave the comments a different characteristic and a potentially wider circulation than a pub discussion.”

“Unlike conversations in a pub or cafe, the Facebook conversations leave a permanent written record of statements and comments made by the participants, which can be read at any time into the future until they are taken down by the page owner.”

The decision suggests businesses need to keep a closer eye on their social media policies.

But the paradox lies in making sure these policies are not too restrictive. There are some companies which have been perceived to have overstepped the boundaries with regard to restricting what employees can say in their free time.

Commonwealth Bank attempted to introduce a social media policy last year, but the financial services union took exception to clauses that dictated what employees could or could not say online.

So while the Linfox appeal may not have been successful, it nevertheless underlines the importance of maintaining a social media policy – and ensuring employees are regularly made aware of it.

Fair Work Australia also makes a key point in that the growing understanding of social media means ignorance is no longer likely to be a good defence. That should feed into a business policy, experts say.

Nichola Constant says it’s not enough to have a policy. Employees have to know about it.

“The whole world of social media is going to change. Like we say of all policies – you have to constantly review it.”