London 2012: Making money at the Olympics 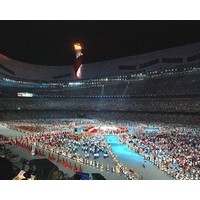 There is no greater test of a project manager’s skill than the Olympics.

Since their modern founding in 1886, the Olympics have ballooned in size and importance. Today, a country (you better hope a rich one) has a decade or so to construct a city of world-class sporting infrastructure, hire thousands of staff and train up thousands more volunteers, as well as co-ordinate advertising partnerships and millions of ticket sales. And that’s before you even have to stage the whole bloody thing, knowing that billions of people will be watching for every flaw in your execution.

For leading companies, there are plenty of business lessons to be drawn from the event. And there’s a bonus: it’s repeated every four years, making it easier to gauge the success and failures of different strategies.

When it comes to Olympic gold, Australia punches well above its weight. We came sixth in the medal tally in 2008, with 46 medals out of the 958 awarded. Does Australia, with only 0.33% of the world’s population, really contain nearly 5% of the world’s best athletes? It’s possible, but unlikely. We’re a country that loves its sport, and we pay for our athletes to get to where they are. Our best athletes are born with fantastically suitable genes and work extraordinarily hard to get as good as they are. But they rarely do it on their own – they’re nurtured and invested in, too.

Dr James Connor, a sports researcher at the University of New South Wales, reckons taxpayers spend roughly $588 million on Olympic sport (through the Australian Sports Commission). That equates to about $49 million per gold medal. Most of the 200 countries that compete in the Olympics can’t afford to spend so much on sport.

Goldman Sachs recently published a paper on the economic impact of the Olympics. It found three things improved an athlete’s likelihood of bringing home gold. The GDP per capita of their country and its democratic development were positively correlated with medal tallies. However, countries also got a boost from hosting the Olympics.

This proves that return on investment matters in sport. Businesses that want to win figurative medals also need to invest in, support and nurture their people.

The value of segmentation

Segmenting your pricing is one of those rare things in business that both make you more money, and that customers love. It’s a tactic increasingly common in the corporate world, and one the Olympic organisers have adopted.

Segmented pricing is where different groups of customers are sold tickets at prices close to the maximum they would be willing to pay. For example, a high-end corporate customer might be willing to pay up to $500 for a front-row seat to a swimming event. He’d happily buy a ticket at $100, but the organisers get more money if they can convince him to part with a price closer to $500. However, such affluent customers are few in number, and wouldn’t fill the stadium on their own. So, the organisers have to cast around for other markets. A fifteen-year-old group of high-schoolers, however, might want to attend the games, but won’t pay more than $30 a ticket.

By selling tickets at different prices ($500 for better seats, $30 for those at the back), the event organisers can maximise how much money they’re getting compared to if they just charged the average rate of all customers.

An added benefit of segmented pricing is that it also has widespread consumer support: the different pricing is perceived to be about ensuring an equitable (redistributive) outcome.

Segmented pricing is by no means a new concept. It’s widely adopted by leading companies. But the London Olympics have improved on how it is implemented. The organisers have increased the number of pricing tiers for many sports. They also introduced an age-based pricing plan, where younger customers and those over 60 paid less. To go to the opening ceremony, ticket holders paid anywhere between £20.12 and £2,012.

The Olympic Delivery Authority was formed to stop those who do not pay for advertising or sponsorship from appearing to be associated with the games. This doesn’t always occur inadvertently. The ODA has employed 270 ‘trading standards officers’ to stamp out ambush-marketing wherever it occurs.