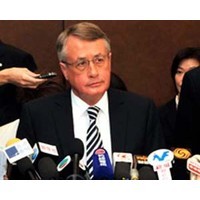 One of the more contentious issues in the 2012-13 Mid-Year Economic and Fiscal Outlook (MYEFO) is a tax-timing change. Corporate income tax will be paid monthly instead of quarterly for very large corporations (with $1 billion or greater in annual turnover) after January 2014, and then phased in for smaller corporations (with annual turnover greater than $20 million).

The important point to remember is that this change has no impact on the 2012-13 budget outcome. The question is whether this is a reform well worth undertaking anyway.

The government is very careful to tell us that “this measure is estimated to raise $8.3 billion on an underlying cash basis over four years”. That may sound like a lot of money, but the government expects to raise about $317 billion in corporate income tax over the same four-year period. The next thing to note is that this is a cash-basis analysis. The corporate sector will not pay any more money to the government; it will just pay some money earlier and not later.

This matters because the government faces timing problems. $5.5 billion of the $8.3 billion gets paid in 2013-14, pushing the budget into surplus for that year. That is if everything else goes to plan. That the 2013-14 budget is a surplus only due to a timing change indicates trouble. Revenue from this reform declines quite rapidly after that – timing issues are always about swings and roundabouts. In that sense, this is a very cynical reform as it shores up the 2013-14 budget – coincidentally, also an election year.

The cost to the private sector will be two-fold. First, the increased compliance costs associated with remitting money to the government will increase. Rather than paying once every three months, corporates will have to pay every month. The government has undertaken to consult with the business community prior to implementation, but will have to lift its game after the Resource Super Profits Tax experience.

The second cost is the opportunity cost of paying early. That money could either be invested or used for working capital purposes. In other words, the government will be draining $5.5 billion from the corporate sector in 2014 – more precisely the first half of 2014. The overall effect of reducing working capital by that amount isn’t clear to me, but that money will have to be found elsewhere and financed at the corporate cost of capital, rather than at the current risk-free rate. For the economy as a whole, cheap finance will be replaced by more expensive finance and the additional cost will be borne by workers, consumers, and shareholders.

Over time, the government won’t get any more money from this reform, but it will impose some cost on the economy. That doesn’t necessarily make it a bad reform. Yet the MYEFO doesn’t make the case that this is a good reform either. All we are told is that some other countries do this too (Canada and Sweden, for example), and it will more closely align income tax payments to income, as income is earned daily while tax is paid quarterly.

It is understandable that the government would like to receive its money sooner rather than later – but at what cost?

It is not clear that there are too many economic benefits to monthly tax payments – a budget surplus on the back of a timing fiddle is a budget in trouble – while there are costs associated with this change. Right now, there isn’t enough detail or analysis to support this reform — it is up the government to make a case. The important trade-off relates to the effective tax subsidy corporations enjoy relative to the compliance and tax-collection costs business has to bear. When the government can provide information as to that trade-off only then will we have enough information as to the merits, or otherwise, of this reform.

Sinclair Davidson is a professor of Institutional Economics at RMIT University