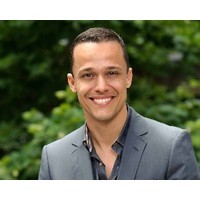 When Mark Britt filled the position of CEO at NineMSN in 2011, he promised to bring with him some key changes and big ideas.

One was a change of branding for the group from NineMSN to Mi9. (The company manages Australian online properties such as NineMSN, Nine News, Bing and Woman’s Day.) Another was to identify more breakthrough business opportunities and execute high-profile joint ventures.
If his plans were to meet with any sort of success, Britt would need to get the internal culture right. This meant more changes, this time to the way the organisation was shaped.

“The way I have drawn the org. chart is to ensure that our people and culture team have a seat at the table and are truly integrated across Mi9,” Britt explains. People and culture within Mi9 means human resources management (HRM).

“This is extremely important as it makes a fairly clear and direct statement about the role that people and culture hold within our organisation,” he says.

“They’re elected to stand with me. That’s the way I would explain it. Everyone owns culture and climate in the organisation but you need to have that priority and passion for it at the top. The single clearest symbol I could create as a leader was to elevate it so that it doesn’t report to me as much as sit alongside me.”

Britt’s elevation of HRM and his belief that it is much more than just a day-to-day function of an organisation is proving through academic research to have been an inspired decision.

That HRM is a valuable tool is a view that resonates with studies by Karin Sanders, a professor of human resources management and organisational behaviour at the Australian School of Business (ASB) and director of the Centre for Innovation and Entrepreneurship.

“My research work has been to find an answer around how HRM can influence employee behaviour,” Sanders says.

Sanders has conducted her work within multinationals, also in schools and within the healthcare sector, including hospitals. She believes her findings translate to most industries and company types.

“The way staff perceive HRM is a signifier,” Sanders says. “It’s a powerful method of communication between the employer and the employee. I often see organisations that spend a lot of money on annual satisfaction surveys but the questions are not always very relevant. If you’re asking about satisfaction then one day it could be high and another day low. It depends on the weather, the colour of the sky, whether the interviewee had a fight with their partner that morning [and so on]. It’s not so relevant.