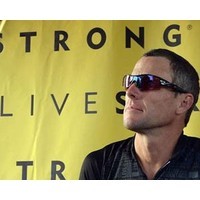 Wharton marketing professor Americus Reed and doctoral students Amit Bhattacharjee and Jonathan Berman were chatting at a party when the conversation turned to current events. It was December 2009, and the hottest topic of the day was the Tiger Woods scandal. The golf prodigy with the squeaky-clean image had just confessed to infidelity in a tangled drama that cost Woods, at the time the highest-paid athlete in the world, millions of dollars in dropped endorsements.

But would Woods’ lack of faithfulness to his wife tarnish the sterling reputation he built with fans who had followed his career since he became, in 1997, the youngest and first minority player to win the Masters? “We were sitting around talking about it, and it was a heated discussion,” Reed recalls. “What would happen to the brand? How would people react when this cultural icon had done something that people perceive as immoral?”

In short, the group began wondering how fans of Woods – who wanted to continue to be fans as opposed to withdrawing their support – would react to these transgressions. Would they diminish the seriousness of these acts and argue that what Woods had done was “not that big of a deal?” Or would they instead contend that their support of Woods was tied to the quality of his golf game and not his personal life? From this meandering discourse, a new research idea was born – one that had all three researchers turning to the literature to learn what had previously been written on the subject.

The first argument, that Woods’ indiscretion was excusable, encompasses the idea of “moral rationalisation,” a notion that is well documented in the annals of consumer behaviour and psychology. “We found that the former argument is sort of the dominant way researchers think about these scandals,” Reed says. “You have to do something with the information because people don’t like positive and negative things. It creates tension. So they downplay the severity of the moral transgression.”

It was the second argument – the one that concerned disassociating Woods’ performance on the field with his actions off it – that most intrigued the researchers. That type of argument had neither a name nor quantifiable research behind it.

So the research team gave it both.

“We called it ‘moral decoupling’ when people separate out morality from other things,” Reed notes. “We wanted to write a paper on the difference between moral rationalisation and moral decoupling, what people actually do, what the consequences are and how that might play out in terms of a consumer crisis management situation. In other words, how do you build that into a strategy to manage the crisis?”

The result is the recent paper, Tip of the Hat, Wag of the Finger: How Moral Decoupling Enables Consumers to Admire and Admonish. The research team did not have to delve too deeply to find more examples to study. Recent history is littered with high-profile people – actors, athletes and politicians – who have not only survived scandals, but thrived beyond them.

The team notes the case of Bill Clinton, who was impeached by the US House of Representatives on two counts of lying under oath and obstructing justice regarding his relationship with a White House intern, but then went on to complete his presidency with a 66% approval rating, the highest exit rating since World War II. Martha Stewart was sentenced to jail in 2004 for insider trading. While her company’s stock price plummeted nearly 23% at the time of her sentencing, it had nearly tripled by the end of that year.