Most workers unaware of right for flexibility benefits 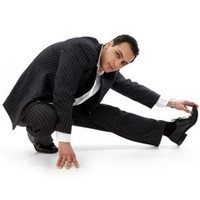 Workers aren’t aware of the Federal Government’s workplace laws regarding flexibility and, as a result, aren’t requesting alternative work arrangements, according to new research conducted by the University of South Australia.

The research comes alongside an ongoing debate about productivity in the workplace, and how workers could be more productive if allowed to work from home during certain hours of the week – the survey found 16% of respondents do so during their week.

And despite these rules being established in part to help women in the workplace, the new research has found dissatisfaction among women working full-time regarding their work-life balance has risen since 2008.

“We were quite surprised there was a low level of awareness,” report author Claire Hutchinson said yesterday.

“But, actually, people are requesting flexibility even if they aren’t aware of their rights. And most of the time, they get what they asked for – 60% who ask get what they request in full or partially met.”

The government has two reforms regarding flexible work. Employees with pre-school aged children or children under 18 with a disability have a right to request flexibility from their employer. The second relates to paid parental leave.

But most people are unaware of these. Only 30.2% surveyed knew about the flexibility laws, and only 23.5% of mothers of pre-school children knew about their rights.

What’s even more interesting is that many people are asking for flexible work practices even if they’re unaware of the law – 20% of those surveyed were asking before the laws came into place, “and a similar proportion continue to do so”, according to the research.

The finding highlights the prevalence of technology in the workplace, with many employees now able to complete most of their tasks at home or on the road, given the opportunity.

And working from home is becoming a trend of its own, with 16% of respondents saying they work at home on a regular basis. And 57.6% said they are more productive when doing so.

In fact, 40% of workers say they take work home on a regular basis, but this isn’t scheduled as part of a flexibility arrangement.

Overall, respondents worked an average of 22.3 hours a month from home.

The research also included an investigation into the rate at which workers complete tasks – 36.8% said they’re working at a very high speed for three quarters of their time or more, with 40.2% of those women.

And 40.6% say they work to tight deadlines three quarters of the time or more and 31% believe they have too much work for one person.

The survey measured the benefits of flexibility arrangements by judging them against “work-life interference” metrics, which include metrics such as work-life balance satisfaction, and whether or not workers are stressed for time.

“Work-life interference is high amongst those working long hours, or more than they would like and those who do not get flexibility when they request it.

“Longer hours are particularly a problem for fathers, with many having a significant gap between their usual and preferred hours. As in previous years, most workers working long hours want to work less (taking account of the effect on their pay packets) but many appear to have difficulty reducing their hours.”

Hutchinson says given most workers are able to access flexible arrangements if they ask, perhaps employees need more education about their right to request these types of benefits.

“Employers are open to flexibility, which is good news for most Australians.”