NAB’s $4 million carrot: How to use long-term incentives to improve performance 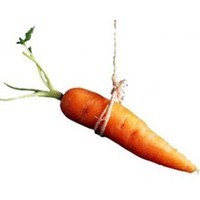 At the December annual general meeting, National Australia Bank shareholders will vote on whether to give CEO, Cameron Clyne, more than $2.7 million if, by 2016, he steers the company into the top quarter of its peer group as measured by total shareholder returns (dividends plus increase in share price).

This comes on top of $1.25 million in short-term incentives, which are also subject to performance hurdles, as well as his base salary (which will be published in NAB’s remuneration report on November 19).

The long-term incentive (LTI) plan, proposed in a document released to shareholders yesterday, comes hot on the heels of NAB posting a $1.1 billion fall in full-year net profit to $4.1 billion, largely due to continuing difficulties in its UK division.

Clyne isn’t the only CEO to have an LTI carrot dangled in front of him. It’s easy to see why such plans are attractive to shareholders and boards. Unlike short-term incentives and fixed pay, Clyne will only be paid the full amount if he successfully revives NAB’s fortunes.

If NAB isn’t in the top half of its peer group – other financial services companies – in total shareholder return from September 2016 to September 2017, Clyne gets none of his $2.7 million LTI.

The better NAB does, the more Clyne stands to receive. In this way, his interests are strongly aligned with those of shareholders.

Long-term incentives have become increasingly popular in recent years. But while they are in principle widely supported, remuneration experts question whether such plans achieve what they set out to do, at least in their most common form.

How can leading companies use such plans to motivate and retain key executives?

Structuring a long-term incentive plan: Tied to what?

In Australia, most long-term incentive plans are tied to a company’s total shareholder returns, relative to a predetermined “peer group”.

However, Michael Robinson, of executive remuneration consultancy Guerdon Associates, questions whether this is ideal.