Nerves of steel: Why Arrium chair Peter Smedley turned down a $1 billion bid 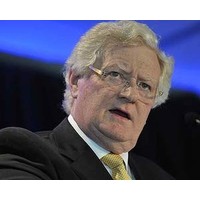 A falling share price and net profits, rising debt and the recent loss of 300 jobs was not enough to warm Peter Smedley to the prospect of a $1 billion offer from a consortium of investors to take over the steel-making company he chairs: Arrium.

Smedley called the bid “opportunistic”, and announced to the stockmarket: “Arrium has an attractive portfolio of businesses and is poised for significant growth.”

Formerly called OneSteel, Arrium changed its name on July 2 to help the company dissociate itself from its steel-making operations and origins and reposition it as a mining, mining consumables, and steel and recycling business.

But steel-making is still at the company’s heart, and that division is failing. Its steel-making business lost $50 million last year and $185 million the year before.

The problem with the company opening its arms to the bid is, in part, that the bid does not contain enough detail about how the takeover would be funded, among other missing details.

Smedley said: “The consortium has indicated they believe they can add a lot of value to each of our key businesses, but this is not reflected in their proposal.”

Despite the problems facing the company he has chaired since October 2000, Smedley is not going to hand over the company easily.

Because he is “Pacman” – the nickname he earned after making 17 acquisitions in eight years to build Colonial Mutual into a company that the Commonwealth Bank of Australia paid $8 billion to buy. He knows the mind of the buyer.

More recently, as chair of the facilities management company, Spotless, Smedley dragged private equity company, PEP, through five months of negotiations to increase the Spotless purchase price by 3%, or a bit over $30 million, on behalf of shareholders.

Steelmakers Australia, the consortium that is bidding for Arrium, will have studied the tactics of the veteran negotiator, we hope. Just in case, we reveal the key Pacman tactics.

No rush to sell

Surprise is the buyer’s advantage.

In February 2000, while the CEO of Colonial Mutual, Smedley pulled off a surprise $183.2 million acquisition of a Scottish fund manager, adding $7.7 billion to funds under management. At the same time, he was in protracted discussions with several potential buyers for other parts of Colonial’s financial services business.

Not even a $2.14 billion debt is enough to worry Smedley prematurely to the negotiating table. Weaker men might have looked at the offer as a blessed relief from the long, slow decline of Arrium.