New hires decide within 30 days if they’re going to stick around: Organisational psychologist 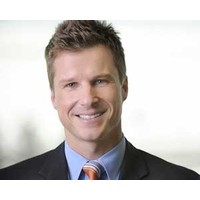 Companies which don’t put effort into welcoming and training, or ‘on-boarding’, their new hires risk quickly losing them, says Talya Bauer, the Cameron Professor of Management at Portland State University.

She says America’s 500 largest companies, the Fortune 500, employ 500,000 new managers every year, and half of these leave in failure within 18 months on the job.

For workers not in management, one in two leaves within the first three months of being hired. One in five staff who leave a company (22%) leave after less than 45 days in a role.

“What we find is the cost around employee turnover can be quite dramatic,” she tells LeadingCompany from Perth, where she is a keynote speaker at the Australian Psychological Society’s Industrial and Organisational Psychology conference, which started yesterday.

“The best-in-class, the organisations who integrate new hires well, have 96% retention of new hires a year later. The worst-in-class keep just 27%, while the average organisation keeps 61% after a year.

“We find very similar results around employees meeting performance goals after a year.

“Most organisations have good intentions. But in the end, they almost leave employees to sink or swim, and hope it works. Companies need to pay much more attention to on-boarding. They need plans that are written down ready for new employees before they start, which are consistently implemented, with clear objectives, and specific timelines.”

Employees who are made to feel welcome and who take part in targeted on-boarding show greater confidence in their role, are aware of what they’re meant to do, have better social interactions with their co-workers, and a better feel for an organisations culture. In the long term, this leads to higher job satisfaction and commitment to their employer, lower staff turnover, better performance, and lowered stress.

In many large organisations, Bauer says, on-boarding is left up to the human resources department. But the individual who makes the biggest difference to a new worker is often their direct manager.

“For smaller companies, where people wear a lot of different hats, it is beneficial, because it means the manager is involved from beginning to end.”

Companies need to see this as an investment and not as a cost, she adds. “It’s more time-consuming at the front. But the dividends are well worth it.”

The three components of work-fit: What to focus on in on-boarding program

Academic research has found there are three components to how well a new staff member adapts into a workplace. These are:

1. The clarity of the role

2. Their confidence in their ability to do it

3. And the social acceptance they find at a new workplace

”I find the social aspect is the most critical,” Bauer says. “A lot of people focus on clarifying the tasks right away. But by investing in the social acceptance – taking people out to lunch, figuring out what they’re good at and how they can fit in – allows people to take risks and understand things by asking more questions.”

In March, a study published in academic journal Human Relations found employees have the best chance of success in a new role when their co-workers, and not just their manager, played a role in helping them settle in.

“In many cases, the new hires in the study had very little contact with their managers, and the vast majority of their learning and interaction was with their co-workers,” said one of the study’s authors, Illinois University human resources professor Russell Korte.

“Traditionally, we blame the new person for not learning how to fit in when, in fact, the culture or the relational structure of the work group was part of the problem.”