NewSat’s $600 million satellite could see it join Australia’s largest businesses, or it could crash 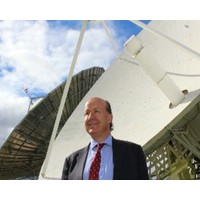 On the outskirts of Adelaide sits what’s called a teleport. It receives and transmits satellite signals to geostationary satellites, and sells that bandwidth on to third parties.

It’s one of two teleports owned by NewSat. The other is in Perth. Due to a mix of low rainfall, geographical position, state-of-the-art engineering and political stability, both teleports are considered some of the best places in the world from which to secure satellite bandwidth, offering up-times of nearly 100%.

NewSat, a microcap satellite company listed on the ASX, does not currently own any satellites. It’s a middle man. It buys bandwidth from the handful of major satellite companies and sells it on to governments and companies in the telecommunications and resource industry. But that’s about to change.

For the past few months, NewSat’s CEO, Adrian Ballintine, has been travelling around the world trying to raise the $600 million necessary to build and launch a satellite.

It wasn’t easy. When he started, his company had a market capitalisation of just $60 million.

But he’s pulled it off. Through a mix of export development funds and institutional investment, NewSat has the money to build its first satellite. Jabiru 1 is due to lift off in 2015. If that launch is successful, NewSat will be well on track to become one of Australia’s largest, most profitable companies.

The barriers to entry in building, launching and operating satellites are extraordinary. But as governments and corporations increase their usage of high-quality communications their need for satellite bandwidth grows.

For companies able to offer new satellites, there’s a huge amount of money to be made. And NewSat is looking to cash in.

“The reason we’re launching a satellite is because we just can’t get enough capacity from other vendors,” Ballintine tells SmartCompany.

“At the moment, our business model is that we buy capacity from other satellite producers, we add value services to do it, and we on-sell that bandwidth. That’s a 30% margin business.

That’s why he could raise the money. The demand for satellite bandwidth is huge. Already, Jabiru 1 has sold 20% of its capacity – bringing in $800 million. Once it’s launched, Ballintine says it could bring in $3 billion in revenue, with earnings before interest, tax, depreciation and amortisation (EBITDA) of at least $150 million a year.

And that’s just one satellite. NewSat owns eight orbital slots. There are 160 in the world (one for every two degrees along the equator). Into the eight slots it owns, NewSat can put 20 satellites. It’s already got plans for Jabiru 2, 3, 4 and 5.

That took financing. A lot of it.

The bulk of the money came on loan from the American and French governments.

“Both those governments spent a year doing due diligence on our contracts and our projects, and decided to lend us $400 million at 2% [interest per annum]. That’s why export money is the best money you can get. It’s cheap money, because you’re providing jobs.”