Nine’s steps to crisis: Debts pile up despite solid ratings 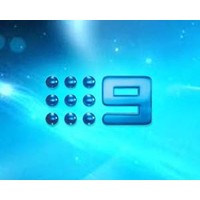 If Nine Entertainment Co was judged on the management of its core business, it shouldn’t be in the trouble it’s in.

That’s the view of veteran media analyst and Fairfax board nominee Peter Cox, who says the problem lies with private equity operators who paid far too much for the company, and subsequently loaded it up with too much debt.

When it comes to bringing audiences and advertisers together, Nine has had solid, if not market-leading performances. Regardless, for the past few days, Nine’s management and lenders have been locked in protracted negotiations about what to do with the company, which owes its lenders $3.9 billion.

The high-stakes talks could see the television channel placed into receivership, or its lenders being given equity in the company.

Goldman Sachs, which owns $1 billion of second-tier Nine debt, has agreed to accept a 7.5% equity stake in the company, arguing the company is worth more than its debt. But major debt holders Apollo Capital and Oaktree Global Management, who own 80% of the debt, are pushing to receive 100% of the company, arguing their debt is worth more than the value of the Nine network, making Goldman’s second-tier debt worthless.

How did Nine get to this point? The story began five years ago, when private equity firm CVC Asia Pacific bought 75% of the company from James Packer (in two segments) for more than $4 billion. At the time many people, including Cox, doubted whether Channel Nine could be worth the value CVC placed on it.

In 2008, he wrote in Business Spectator that the situation reminded him of 1989, when both the Seven and Ten networks were close to collapse and were bought by high-flying Australian entrepreneurs looking for a good deal.
“In both cases the previous period had been one of high revenue growth,” Cox wrote. “Each time, inexperienced but highly ambitious operators paid far too much, overloaded with debt and unrealistic business models. Bond, Skase and Lowy all crashed and Kerry Packer had the biggest win of his life.”

Cox told LeadingCompany today he hasn’t changed his views. The whole of the Nine network is now being valued by its lenders at $1.6 billion at best, and it is still 99.3% owned by CVC.

CVC’s managing director, Adrian MacKenzie, yesterday resigned from Nine’s board. A statement from Red Earth Holdings, the holding company of the CVC investment, said MacKenzie removed himself so it could be clear the Nine board would be free to act independently in coming to a settlement with its debt holders.

Nine’s ratings aren’t the source of its problems.

This year, Nine hasn’t been short of revenue-generating television hits.  The Voice regularly led ratings on its night. Nine snagged the Olympics – never bad for viewership – and home-grown dramas such as House Husbands haven’t disappointed.

In overall ratings, Seven leads the market. But, Nine argues, in the important 18-49 demographic, it’s ahead.