No social ties: How independent boards improve a firm’s performance 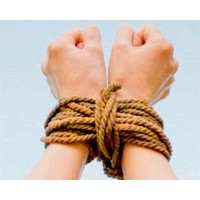 When non-executive directors sit around a boardroom table making business decisions, they may be unaware that how they are selected and their degree of independence can have a significant impact on the returns their shareholders ultimately receive.

Research led by Ronald Masulis, a scientia professor of finance and Macquarie Group Chair in Financial Services at the Australian School of Business (ASB), helps clarify the complex link between board independence and company performance. It shows that independent boards are more likely to remove poorly performing CEOs from office, which leads to improved shareholder value.

There are, however, varying degrees of board independence. A second, important finding of the study is that the presence of a fully independent nominating committee, which reduces potential CEO influence on selection of directors, can create extra value beyond the benefits of having a board composed of a majority of directors who are technically independent.

The research has clear implications for Australian companies, particularly smaller companies outside the ASX 200, which tend to have less independent boards. It suggests that to maximise shareholder returns, you should increase your board’s actual independence and exclude the CEO and linked directors from the nominating committee. Furthermore, you shouldn’t wait until the regulators require you to do it.

“Forward-looking corporations that are trying to maximise shareholder wealth should be in front of regulators and should want to make the changes first,” says Masulis, who co-authored the study with Lixiong Guo, a senior lecturer at the ASB.

Other academic research has found inconsistent evidence of a positive correlation between independent directors and firm performance. But there is a more fundamental problem with this earlier evidence – correlation does not prove causation. Moreover, existing research has been unable to prove how board independence leads to increased value for shareholders.

Masulis observes that it is always difficult to prove causation. This is particularly true for the relationship between board structure and firm performance because boards are selected to meet certain stakeholder objectives which vary over time.

But when the US approved the Sarbanes-Oxley Act 2002 and US stock exchanges followed up with new listing requirements in response to the collapse of Enron and other scandals, Masulis and Guo saw a potential way of solving the causation conundrum.

These regulatory changes, which imposed new independence requirements on boards and various board committees, including the nominating committee, allowed Masulis and Guo to sort US firms into two groups: (1) firms unaffected by the new rules because their board structure already satisfied the requirements; and (2) firms with board structures that did not satisfy the new rules.

The researchers could then compare the performance of unaffected firms with the firms forced to make structural board changes to comply with the new regulations.

“This offered a unique opportunity to discover what happens to firm performance when board independence increases, because the structural change is due to regulatory compulsion, rather than a voluntary action by the firm,” Masulis says.

According to Masulis, outside directors like to be re-nominated. That means they are wary of being on the wrong side of the CEO. When the CEO is on the nominating committee, or has a friend or subordinate on it, the CEO has a means of retaliation against an independent director who is asking too many questions or being too critical. Such a director may not be re-nominated. A fully independent nominating committee protects against this danger.

Masulis says that while the research was based on US data and regulatory changes, it is possible to draw similar inferences for other common law countries, such as Australia, where corporation law has a comparable, though not identical, structure.

The research is particularly relevant to the ASX, which has voluntary corporate governance policies recommending that boards and nominating committees have a majority of independent directors. This is less stringent than the US position, where a majority of the board and all members of the audit, compensation and nominating committees are required by law to be independent.

The research, however, reinforces the merits of the ASX’s general policy in relation to board and nominating committee independence, by identifying tangible benefits to shareholders of such an approach. At the same time, these findings clearly point to how these policy guidelines can be improved.

Daniel Smith, head of Australian research at corporate governance adviser Institutional Shareholder Services, says that most of the boards in the ASX 200 have a majority of independent directors “which trickles through to nominating committees”.

But independence has different definitions. Masulis wants companies to lift the bar. He says that although many outside directors may be technically independent, the existence of strong social ties with the CEO and senior management can potentially subvert actual independence.

“These types of connections are less than ideal if these directors are really going to make decisions that are in the best interest of shareholders,” Masulis says. “Boards seeking to improve corporate governance should avoid appointing outside directors with strong social ties to senior management.”

Smith notes that there is also room for improvement in smaller companies outside the ASX 200. These companies tend to have smaller boards, often with six or less members. And many of these companies lack a designated nominating committee, relying instead on the entire board to perform this function.

So should the Australian government enact legislation requiring board or nominating committee independence? Smith doesn’t believe so. He considers the ASX corporate governance recommendations are a sufficient starting point.

Masulis is cautious about recommending legislation to require that nominating committees be fully independent: “At least until we have a better understanding of the trade-offs that are available from alternative definitions of independence and from different corporate governance adjustments”.

Instead, he believes that companies seeking to maximise shareholder value should be proactive in enhancing outside directors’ level of independence, including social ties, and in moving to a fully independent nominating committee.