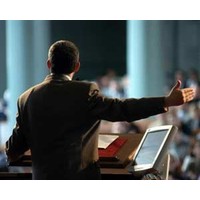 With Billabong’s share price trading at a fraction of what it was in 2007, an opportunistic buyout bid by private equity is the quickest way out for the company’s long-suffering shareholders.

The first, TPG Capital, made its intentions known in late June. It offered $1.45 a share, which was a 32% premium on Billabong’s stock, valuing the group at $695.6 million. Although Billabong allowed TPG to look at its books, the surfwear company also made clear it didn’t think the offer reflected the company’s underlying value.

Luckily for Billabong, its odds of pushing the price up improved today, after a second buyer – rumoured to be private equity group Bain Capital, founded by presidential candidate Mitt Romney – emerged.

In its statement to the market, Billabong said the unnamed suitor had made an offer at $1.45 a share; that is, equal to TPG’s.

It’s not surprising there is interest. As Michael Jones tells LeadingCompany, nothing gets buyers more interested than the whiff of a distressed asset.

Jones is an insolvency practitioner at Jones and Partners Insolvency and Business Recovery, who sell distressed assets. The assets are generally a whole lot smaller than Billabong, but the principles of how you drum up a contest are the same.

“It’s extremely difficult to sell assets, and that swings right through the economy,” Jones says. “But bargain-hunters are out there,” Jones says.

“I’ve found that to sell, you say it’ll be cheap, which gets people interested, which pushes the price up.

“When we’re in a boom, the buyers are queuing up. Now houses are passing by without a single bid. I can’t tell you how many properties I’ve had for sale where the auction has come and gone and there hasn’t been a single hand go up.

“Sometimes, I want to start the sale at a dollar, and work my way up from there.”

Billabong is going for cheap. It was selling for above $15 a share in 2007. In 2010, it was at $12. And in February, company founder and substantial shareholder Gordon Merchant rejected a deal at $3.30 a share from TPG, saying he wouldn’t consider a bid below $4.

Yesterday selling at $1.36 a share, from lows of $1.10 earlier in the year, Billabong doesn’t have much further to fall.

When it comes to private assets, businesses have a lot more leeway as to how they go about getting the best price.

Jones recently had a hand in selling a distressed legal practice. Two senior staff were interested in the business, but weren’t making a move. He contacted every lawyer in town, and advertised the sale, with a tight deadline. Soon, there was plenty of interest. “With a big public company… as soon as there’s a buyer, someone else wants to buy. But they sniff around, and it goes on forever. If you can set a deadline on these things, they happen.”

To push buyers across the line, it’s sometimes useful to also set up a closed, or limited, tender. It involves getting the most credible buyers to agree to abide by certain rules, with bidding closed to everyone else. This can set a framework around first refusal rights, settlement terms, and the length of time taken to respond.

Two interested buyers poses a new set of challenges for the already stretched Inman, but no doubt this is a business conundrum she’s happy to have.