Nufarm loses Roundup license: Does your license deal have these two critical clauses? 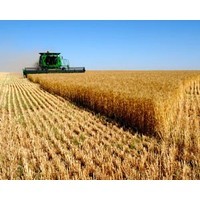 The public-listed chemical company Nufarm has lost the licence to distribute Roundup, a popular brand of weedkiller that is worth around $100 million in sales to the company annually.

License deals are very valuable and lucrative. Distributors do not have the costs associated with researching and developing a product and marketing it. “Someone builds the brand long before the distributor gets involved,” says David Knowles, strategy expert at accounting firm, Pitcher Partners.

Nufarm’s company’s total revenue to June 30, 2012 was $2.2 billion. And Nufarm, like any distributor, will lose more than sales as the Roundup deal ends.

Sacking or redeploying staff, changing warehouses and shops, signage and advertising, and ending logistics contracts are among the many costs associated with the distribution that will have to be covered.

Most – but not all – license agreements include some compensation for these losses, says Knowles.

But Nufarm will lose something less tangible – the value of the market it has built up for Monsanto’s Roundup product. Knowles says: “If I value the business on exiting the license, in Nufarm’s case, the value of the Roundup business, and compare that to the value when they acquired it, the difference is the value that Nufarm has created.”

Very few licence agreements include compensation for growing the market. Yet, growth of the market is a common reason that license agreements end: the more successful a licensee is as establishing and growing a market, the greater the risk that the licensor will finish the deal.

“Your success is a risk,” says Knowles. “If you are looking for an example, that is what happened to Oroton when Ralph Lauren revoked its license deal.” Last year, the local public-listed luxury goods maker, Oroton, suffered an 18.5% share price fall when it lost its 23-year license to sell Ralph Lauren products, which contributed 47% of its total revenue of $184.7 million in 2011-12. Ralph Lauren also contributed 31% to Oroton’s earnings before interest and tax (EBIT).

Nufarm has held the exclusive license since 2002, and has launched products under the Roundup brand.

The issue can be handled. “You need to be paid a share of capital growth,” Knowles says. “Yet, this is nowhere near often enough in agreements.  I had this conversation with a client just the other day, a distributor for a European product. The European company started complaining about the exit arrangement. They thought our client was greedy. But when a capital value was included in the calculation, we easily showed that the sales had increased by many millions. They changed their mind. Now the distributor is asking for a better deal.”

Another common mistake, even among medium sized and large companies, is that the license and its full value is not transferable. “One of the biggest issues is that companies do not have clear license agreements at all. Almost without fail, they tend to be attached to a person or a single entity,” says Knowles. “Then, if someone is trying to exit a business, they find their license is tied up. They think they have something to sell, but they don’t.”

Another issue to watch: innovation

It is in the interests of both parties to keep the product fresh and up to date, however, agreements over long periods, typically 10 years, need to include a discussion of innovation. In the case of Roundup, the brand has been eroded by the entry into the market of generic products that are not very different to the original, a factor Nufarm’s managing director, Doug Rathbone highlighted in the company announcement: “The brand premium attached to Roundup has consequently been eroded and we will now focus on our ongoing investment in glysophate on Nufarm’s own brands where we can build long-term value on a more secure basis and ensure our cost competitiveness.”