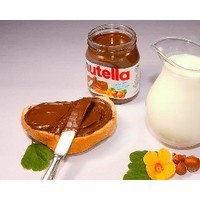 Nutella-maker Ferrero has stunned its biggest fans by issuing a cease-and-desist letter to Sarah Rosso, a fan who created a ‘World Nutella Day’ holiday in tribute to the famous spread.

But it appears this is coming to an end, according to a post on the World Nutella Day website.

“On May 25, 2013, I’ll be darkening the World Nutella Day site, nutelladay.com, and all social media presence (Facebook, Twitter), in compliance with a cease-and-desist I received from lawyers representing Ferrero, SpA (makers of Nutella),” Russo wrote.

“The cease-and-desist letter was a bit of a surprise and a disappointment, as over the years I’ve had contact and positive experiences with several employees of Ferrero.”

“I’ve always tried to collaborate and work together in the spirit and goodwill of a fan-run celebration of a spread I (to this day) still eat. It was truly a labour of love by a fan and something I did as a fan, in my (very little) spare time.”

LeadingCompany contacted Ferrero for comment, but no reply was received before deadline. After deadline, a response from Ferrero was recieved which is included at the bottom of this story.

Laurel Papworth, the CEO of social media consultancy The Community Crew, says actions such as this risk missing the whole point of marketing and brand.

“You should be aiming for every time a customer buys your products, they should become your brand ambassador. What Nutella is saying is they don’t want that to happen.

“Marketing departments often believe it’s their job to manage the brand. But really, the brand is just what customers think of you.”

Ferrero’s attitude contrasts markedly with that of brands like Coca-Cola and Jack Daniel’s, both of whom have taken customers co-opting their brands as a compliment.

Papworth says part of the confusion lies in Facebook’s own evolution.

“Before there were ‘brand’ pages, there were ‘fan’ pages,” she says. “So, in the early days, it was fans who ran the brand pages. The most popular Coca-Cola page, for example, was run by a fan.”

“Facebook then changed the rules halfway through the game, and said no one could run a fan page that didn’t own the trademark. It took away the fan pages, to some uproar.

“Facebook then stepped in, and wisely gave the page back to the fan.”

In 2009, Coca-Cola had the second most popular page on Facebook, run by avid Coke fans Dusty Sorg and  Michael Jedrzejewski. When Facebook changed the rules, it offered Coca-Cola two options – it could close the page down, or transfer it to the company. So Coca-Cola hired the page admins, and had both continue to run the page for the company. Today, the page has 65 million likes, and even though Sorg and Jedrzejewski have both moved on from working for Coke, the page still follows the same rulebook they established – focusing on community-driven participation.

Another brand recently grappling with fans using its brand is Jack Daniel’s, who wrote what many have called the ‘nicest cease-and-desist letter’ to author Patrick Wensink, who wrote a book with a cover that borrowed heavily from the whiskey’s famous logo.

The company requested that Wensink change the cover design when the book is reprinted, and offered to help pay for him to do so.

“We are certainly flattered by your affection for the brand, and while we can appreciate the pop culture appeal of Jack Daniel’s, we also have to be diligent to ensure that the Jack Daniel’s trademarks are used correctly,” wrote senior attorney Christy Susman.

LeadingCompany received a response from Ferrero this morning (May 22) saying the cease-and-desist letter was sent as part of routine brand defence procedures which have now been halted.

“Ferrero is pleased to announce that today, after contacting Sara Rosso and finding together the appropriate solutions, it immediately stopped the previous action,” the company said in a statement.

“Ferrero considers itself fortunate to have such devoted and loyal fans of its Nutella spread, like Sara Rosso… Ferrero would like to express to Sara Rosso its sincere gratitude for her passion for Nutella, gratitude which is extended to all fans of the World Nutella Day.”