Offer number six for Billabong: Why turnarounds are best done in private 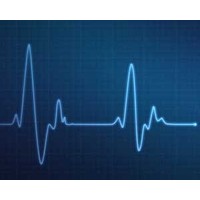 You’ve got to feel for Billabong chief Launa Inman. She signed on just eight months ago to turn around the iconic surfwear retailer.

But over the past year, Billabong has been the subject of no less than six takeover proposals from four different companies. The latest came yesterday, from American clothing giant VF Corporation. It comes as another group of bidders, led by Billabong’s former American chief and one-time professional surfer Paul Naude, is in the midst of conducting due diligence.

Inman has a four-year turnaround plan, unveiled last August, which focuses on simplifying the company’s stock portfolio, and capitalising on its name recognition.

No doubt she’s doing her best to execute it through all the interruptions.

“I’m glad the decision has been made one way or the other – it’s not easy living with uncertainty. It does take its toll, and I’ve really endeavoured to keep the team and myself as focused as possible,” Inman said in November after TPG walked away from its third offer.

“It was a testing time, but now we’ve got to get on and focus on the business.”

But luck was not on her side. Inman’s already difficult job became harder when, only a week after her comments, Naude and his US private equity backers, Sycamore Partners, made an offer. He stepped down from his executive role at Billabong at the same time.

To make the bid, Naude stepped down from his role as head of the America operations. And he’s not the only one to leave the company in recent months. Inman also lost her chief financial officer, Craig White, her head of strategy, Andy Laws, and the chairman, Ted Kundel.

To secure replacements for all these executives, reports suggest she’s had to offer expensive redundancy provisions, in case Billabong’s eventual owners start with a clean sweep of management.

Inman also has an axe hanging over her own head – whoever buys the company  may want to appoint their own CEO.

Keeping staff focused and invested in the business is a key part of any turnaround. The continual headlines about one bid, then another, unsettle the talent. In this situation, employees need to be kept updated and aware of the situation, preferably ahead of the newspapers. Staff, many of whom would already fear losing their jobs as part of a cost-cutting drive, may also fear being laid off by new owners. This would affect productivity at the ailing company.

And Inman must handle a distracted board, as well. The board is obliged to consider offers on behalf of shareholders, and the new chairman, Dr Ian Pollard, appointed last October, has been at the beck and call of suitors since he arrived.

Inman, who needs the board for support and advice during a turnaround, must vie for time amidst the board’s other pressing demands.

Three of Billabong’s six suitors have walked away after conducting due diligence. Every time this happens, it’s another damning indictment on the state of the company, cementing a perception that Billabong is beyond saving.

If Billabong is taken over and privatised, the ownership issues will be settled, and the shareholders committed for the long haul. The directors, freed of their obligation to consider bids, can focus on supporting Billabong’s leadership to execute a turnaround, an effort that requires at least a year or two of buckling down and getting on with it.

Whoever ends up leading Billabong after a sale should at least get some much-needed stability.