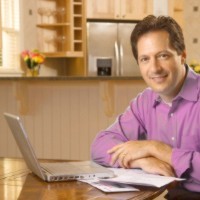 One-in-three Australians who work part-time or full-time have used the internet to work from home, with older Australians and high income earners more likely to do so than younger workers or those on lower incomes, according to a survey released today.

The report, titled Connected Commuters, was conducted by Evolve Research for the NBN Co. It shows around 33% of all Australians who are currently employed full-time or part-time have worked from home using the internet.

Not surprisingly, those opting to work from home rated internet as significantly more important than those who didn’t, with 65% of those working from home describing it as vital and a further 28% saying it makes everything much easier.

In contrast, among those who don’t work from home, just 33% say it’s vital and 31% say it’s important, while 34% say they either “don’t really need it” or it would “make no difference if it was not there”.