One EGM away: GetUp! forces Woolworths to face hard facts 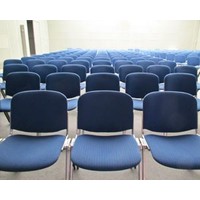 It’s not immediately clear who won last Friday’s Federal Court ruling on the attempt by activist group GetUp! to requisition an extraordinary general meeting (EGM) of Woolworths (ASX:WOW) to limit the company’s ability to profit from gambling.

On the one hand, GetUp! is getting its wish. After GetUp! members discovered the company, best known for its supermarkets, is the majority owner of 12,000 poker machines, GetUp! rallied 257 shareholders to requisition the company for an EGM to amend the company’s constitution and limit its ability to make money from gambling. GetUp! is seeking to change the supermarket’s constitution so that it cannot own or operate gaming machines with more than a $1 maximum bet.

However, Woolworths has won its attempt to delay the EGM. It argued in the Federal Court that there was no need for the company to have an EGM as the issue could be addressed at the annual general meeting in November, especially as the resolution put forward by the requisitioning shareholders would not take effect until 2016. Justice David Yates accepted this reasoning: Woolworths will have a separate EGM, but it will take place on the same day as its AGM, instead of by August 25, the date that was legally required had the court not intervened.

This way, Woolworths saves what it says will amount to $550,000 in EGM staging costs. GetUp! gets a separate meeting for the vote, and extra time to prepare.

The result shows how vulnerable Australian listed companies are to EGMs being used as a weapon against them by groups who disapprove of their operations. GetUp! has already successfully highlighted the fact the Woolworths is in the gaming industry, something most shoppers would not know. The company owns 75% of ALH Group, which operates hotels and gaming venues.

Simon Berger, the Woolworths community relations manager, said the company was very willing to discuss its investment in the gaming sector. He said Woolworths offered GetUp! the opportunity to work collaboratively; the offer was declined.

“When it comes to corporate responsibility, openness and transparency, Woolworths has a proud track record,” Berger said. “We have extensive engagement and collaboration with a large number of NGOs and for the past five years we have taken expert independent advice from a Corporate Responsibility Panel.

“Our hotel operational standards go well beyond regulatory requirements, and we regret GetUp! declined the opportunity to be fully informed about our approach…Should GetUp! change their approach and opt for constructive dialogue, our door remains open.”

Erin McCallum, the campaign manager at GetUp!, rejects this.

“I was in the meeting and what they offered us was an ultimatum,” she told LeadingCompany yesterday. “They said we should either drop what they termed the ‘adversarial approach’ of the EGM, and they would engage with us in some unknown collaboration process that they wouldn’t give us any details about.”

What now for Woolworths?

Having won its request to stage the EGM on the same day as the AGM, Woolworths has saved its shareholders a lot of money. But as negotiations between the two sides appear to have collapsed, Woolworths now faces five months of campaigning on the uncomfortable topic.

On Thursday, GetUp! spokesperson Rohan Wenn told LeadingCompany the shareholders the group rallied to call an EGM were quite surprised to find out Woolworths was such a large owner of poker machines.

“It doesn’t fit with Woolworths’ family-friend image,” he said.

Wenn has a point. A prolonged campaign could damage Woolworths’ brand, even if the company prevails at the EGM in November (most EGMs called by activist groups in the past have failed to sway institutional investors).

Woolworths competitor Wesfarmers (which owns 3000 poker machines) has managed to avoid the fracas despite also having been targeted by GetUp!

“They’ve both been given the same opportunities for dialogue with us,” says McCallum. “When we began this campaign, we contacted both of them at the same time each time. Wesfarmers was more responsive. Woolworths ignored us.”

GetUp! has plans for the next few months, McCallum says.

“Over the past six or seven months we’ve been speaking with a large number of Australian families and individuals who have been extremely affected and impacted by problem gambling, some of them through Woolworths-owned machines. We’ll be rolling out their stories in the next few months. We’ll also be speaking to institutional investors.”

Few question GetUp!’s ability to get media coverage. Woolworths may regret giving the group more time to raise the issue.

The low threshold for EGMs

The collapse of negotiations between the two sides emphasises how vulnerable companies are to disgruntled parties successfully calling EGMs – an expensive process in which virtually anything can be put to a vote of shareholders, influencing the fortunes of the company.

Under the Corporations Act, any 100 voting shareholders or any shareholders who hold 5% of a company have the power to collectively issue a binding call for, or ‘requisition’, an EGM. The company then has 21 days to announce the date and location of the meeting, which must be convened within two months of the shareholder requisition.

This threshold is lower than that in other countries, where you generally need 5% of a share registry (and not just 100 shareholders) to call an EGM.

LeadingCompany asked the Institute of Company Directors for its position on the 100 voter threshold.  CEO John Colvin was unable to comment before deadline, but a spokesperson told us the institute’s position hadn’t changed from 2006, when it sent a letter to all Australian Attorneys-General relating its opposition to the “vexatious use of the 100-member rule… to call an EGM at substantial cost to the company, and therefore, its shareholders” in specific circumstances. These were when the issue could be addressed at an AGM, and when those who called an EGM had acknowledged their proposed resolution is not likely to be carried. The Institute prefers EGMs be called only with 5% of shareholders.

In recent years the 100-member rule hasn’t often been used by activist groups. But it was a far more common tactic 10 years ago. The Wilderness Society has used such tactics as part of its attack against Tasmanian timber company Gunns (ASX:GNS). In 2003, the society successfully requisitioned an extraordinary general meeting to put a resolution to ban old-growth logging. When the meeting went ahead, the resolution was defeated.

In 2002, the Australian Manufacturing Workers Union rallied shareholders to requisition an EGM of the NRMA, which the motoring services company claimed would have cost it $3.75 million to stage. The meeting did not go ahead as the dispute was resolved. Other companies to face EGMs spearheaded by activist groups include Boral (from the TWU in 2003) and NAB (from the Wilderness Society in 2002).

In response, the Howard government in 2005 considered increasing the number of shareholders needed to requisition an EGM, but this ultimately amounted to nothing.