One-in-five Aussies chuck a sickie after boozing: How your business’ productivity is hampered by the hangover 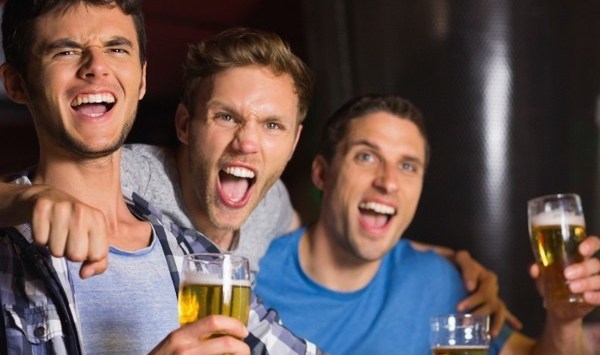 It seems drinking the whole bottle of wine is not just creating a headache for those of us that like to indulge a little too much sometimes – the productivity of small businesses around the country is being hampered by the humble hangover, according to Dry July chief executive Brett Macdonald.

Research released by the fundraising body this week reveals one in five workers have chucked a sickie because of a hangover.

The research also shows the average employed Aussie drinker admits to having 10.4 low productivity days a year due to a hangover.

The survey of more than 1000 drinkers estimated Australians spend 91.5 million hours hung-over every month and the average Aussie drinker experiences a hangover approximately once a month, or 11.7 times a year.

Macdonald says the issue of productivity can be particularly bad for small businesses working with close-knit teams.

“Small business can’t afford for someone not to be pulling their weight,” Macdonald says.

Not only do tiredness, coffee breaks and “bacon sandwich runs” affect productivity according to Macdonald, there is a knock-on effect to staff morale.

“If someone in a small team knows someone else has been out all night drinking and they’re not pulling their weight, there is a real knock-on effect on the culture of the team,” he says.

The Dry July research found Generation X are the most likely (31%) to have taken a day off work due to being too drunk or having a hangover, followed by Gen Y (27%) and Baby Boomers (14%).

Making it all the worse for Gen X, those aged 35-49 reported having the longest hangovers, compared to the average hangover duration of 8.4 hours for most workers.

Macdonald says initiatives like Dry July, the monthly abstinence challenge that raises money for adults living with cancer, are a great “ice breaker” for business owners to address the issue of alcohol consumption with their staff.

He urges all small business owners to consider taking up Dry July and says employers should not underestimate the power they have to lead as an example with health and wellbeing in the office.

“To have that champion in the office or that role model, people say, ‘if that person can do it, I must be able to do it to’,” he says.

But there are not just health and wellbeing benefits to removing or limiting alcohol consumption in the workplace.

In the past 12 months alone, several court cases have illustrated the role intoxication and hangovers can play in workplace law and culture.

Here’sthree recent cases where the hangover really wasn’t worth it for these employees and their bosses.

Heidi Cannon was found the day after the Melbourne cup asleep at the wheel of a heavy piece of machinery used to ‘smother’ chickens at Mornington Peninsula-based chicken farm Poultry Harvesting.

Cannon’s boss Matteo Geminian told the Fair Work Commission he found her “passed out” in the truck, smelling like alcohol and said “50-60 birds got run over or smothered” accidently while she slept off her big night.

But Poultry Harvesting was found to have dismissed Cannon unfairly, because the company had not provided her with procedural fairness.

2. The Qantas attendant who missed her flight

Margot Crowley, who had worked for Qantas for 28 years, was sacked last year after she failed to report for duty for a flight from New York to Los Angeles.

When she finally arrived at the airport after missing her flight, she returned a blood alcohol reading of 0.117%.

Crowley was found to be fairly dismissed because she was in breach of the airline’s Cabin Crew Operations Manual and presented a safety risk to the flight.

Donald Mitchell-Innes worked for risk and insurance company Willis when he was sacked for falling asleep outside of his hotel room and attending a work conference hung-over.

But the NSW District Court found alcohol consumption, in a work context, was not uncommon amongst employees at Willis because staff were regularly expected to socialise and consume alcohol with clients.

Mitchell-Innes subsequently won his unfair dismissal claim and $300,000 in compensation.