Will patriotism pay off for Pacific Brands? 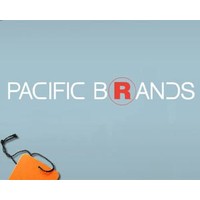 Pacific Brands CEO John Pollaers, who last year replaced Sue Morphet following a big goodwill writedown, today announced a $38.9 million net profit for the half year, up from a $362.2 million loss for the corresponding period in the previous year. The previous year’s loss was caused by the considerable writedown of goodwill, but even removing this abnormal item, the result was a 8.9% increase in net profit.

It was good news for shareholders, who have seen their share prices halve in the past three years as the company reported year after year of losses. Last year’s impairment charge was the final blow for Morphet, who appeared to be doing all the right things: outsourcing manufacturing, culling weak brands, and staying resilient in the face of relentless media scrutiny.

Pollaers acknowledged that there was “work to do” as he revealed that overall sales were down 6.6% and outlined in some detail his strategy for 2013, including overseas expansion.

The future of Australian icons

Branding expert, Adam Ferrier, says the qualities of being Australian are still a valuable selling point. “If your brand has values and personality that are aligned with the country of provenance, it is still a massive strength,” says Ferrier, who is a regular guest of Gruen Planet, an ABC TV series about advertising.

Independent brand advocate, Michel Hogan, says Australians like to support Australian brands, if they are authentic, but it is not the only thing they support. Hogan says the most critical element is delivering on the brand promise, whatever it is.

One potential pitfall of claiming the Australian label is the issue of manufacturing offshore. Hogan says: “I’m reminded of a classic Australian brand, Blundstone [boots], which faced a pretty big outcry when they offshored their manufacturing. There is a trade-off there.”

This concern is fading in the public’s mind, says marketing specialist Kevin Moore of Crossmark. “One of the key things in the national element of a brand is the design that goes into it. It matters less where it is produced, more where it is designed,” he says.

He says the German car brand BMW is now made in America, for example, and the Jeep is made in Europe. “Shoppers are less concerned with where it is made than the quality of the product and whether it is in line with the brand attributes. Very few products are now made in one country.”

Pollaers described the company’s purpose and vision as follows: “We are Australian for innovation and design that is loved by the world”, a statement intended to instil pride in the workforce about its national origins.

Ferrier says this is a powerful use of “brand Australia”. “Australia is still perceived as a lucky country and there is still a massive sense of internal pride and a common language about what being Australian is. Although the nuance is probably changing, it is about ingenuity, and getting out there and having a crack – pretty positive values.”

Pollaers wants to take some of the company’s brands into international markets, including Bonds, Sheridan and workwear brands such as Hard Yakka. He pointed out that one of company’s weaknesses of the past was too great a focus on the Australian market.

Moore says Australian brands can be parlayed into overseas markets. “Casella Wines’ Yellow Tail absolutely resonates with American shoppers as an Australia brand,” he says. Yellow Tail has a kangaroo on its label. Casella had great success with the brand in the US market although its margins have suffered from the impact of the high Australian dollar more recently.

Ferrier says leaders face a critical decision when they take Australian brands into international markets. He says: “When an Australian brand goes global, it is almost a fork in the road: are you Australian or not? One way is to hold it up and use it to substantiate the brand values. The other is to completely ignore it. Take Aesop cosmetics. It is now becoming an international brand, and there is nothing Australian about how the brand communicates itself. Yellow Tail hung its hat on being Australian and was hugely successful, until recently.”

If brands move away from their nationalist origins, they must be very careful, Ferrier warns. “You have to take a global view, and avoid any Australian references.”