Packer goes all in on Barangaroo, and cuts his losses on everything else 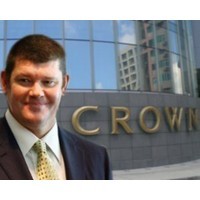 In a statement, he said the decision was reached so Crown could pursue its proposed high-rollers casino on the Sydney waterfront without speculation about its Echo shareholding.

Packer commissioned investment bank UBS with selling his 82.6 million Crown shares at the bargain-basement price of $3.20 a share, which is lower than Echo has ever traded, and 7% lower than yesterday’s closing price. Echo shares plunged to $3.09 this morning following the announcement.

Packer used his statement as a chance to further push the benefits of Crowns proposed development at Barangaroo.

“Our objective and our ambition is to build the world’s best six-star hotel resort on Sydney Harbour,” he said “We are working as hard as we can to make this goal a reality.”

Crown’s exit from Echo comes after it spent much of the past year seeking permission to raise its stake beyond 10%, permission he was finally granted by the New South Wales Independent Liquor and Gaming Authority last week.

That’s not the only Echo-related lobbying Packer’s spent time on in the past 12 months. Last year, he worked tirelessly to successfully oust Echo chairman John Story, claiming the company’s management was costing shareholders money (Echo’s other directors reacted to the pressure by asking Story to jump, saying the public relations campaign against him was too damaging to be worth fighting).

Packer’s always said he doesn’t intend to launch a full takeover of Echo. That’s despite having a stake in the company almost from the moment it demerged from Tabcorp in 2011.

The statement today begs the question of whether the sale was part of negotiations to allow Crown to build a second Sydney casino.

Packer’s public statements suggest he’s confident of getting what he wants. If you read the Sydney papers, you might believe it’s been approved already, as the company unveiled the design for the casino two weeks ago.

Approving the development would require New South Wales to end its practice of awarding just one casino licence in the city, currently held by Echo until 2019.

Packer, whose wealth rose nearly $1 billion to $6 billion since last year according to yesterday’s annual BRW Rich List, has sold out of several assets recently.

Early this year, it was revealed in corporate filings that Packer sold out of Ellerston Capital way back in 2011. This is significant because for decades Ellerston Capital has been the Packer’s private investment vehicle.

Add the sale of his 50% stake in Consolidated Media to News Limited last year, and Packer’s building plenty of cash. Which could come in handy for any upcoming infrastructure outlays.