Paying for innovation: can we motivate people with monetary rewards? 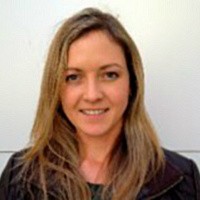 There has been a wealth of psychological and social research that conclusively states using monetary incentives to increase innovation will seriously backfire (check out Professor Teresa Amabile’s work on how life inside organisations can influence people and their performance). But can financial incentives at any time help boost innovation?

In a Berkeley study, 379 people engaged in a hypothetical scenario of managing a lemonade stand. Across 20 periods, participants made business choices on a number of dimensions such as location, colour and price. At the end of each period, participants received customer feedback and were paid their profits. Three different incentive structures were tested:

2. Pay-for-performance – participants would receive 50% of all profits

3. Exploration contract – participants would receive 50% of profits in the last 10 periods only

Each condition was compared, in order to identify how successful participants were at finding the winning strategy for selling lemonade. As predicted, and in line with previous research, the pay-for-performance was the worst condition.

In other words, the pay structure of the exploration contract encouraged early failure and testing of new strategies with no cost, combined with the prospect to capitalise on their learning in the longer term.

However, before running off and incentivising innovation, I leave you with one word of caution. This study only investigated extrinsic motivation by comparing different incentive structures. There was no comparison to intrinsic motivation, which has been found to be the superior, more enduring motivator in the workplace (see Dan Pink’s TED Talk on the subject of motivation).

My takeaway for you from this study: Do we as organisations create the right conditions to encourage failing early and failing fast without cost or backlash? If we don’t encourage such exploratory behaviour early in an innovation’s development, don’t expect anything more than ‘same, same, but slightly different’.