Pioneers or a passing gimmick? Businesses where customers pay in social media 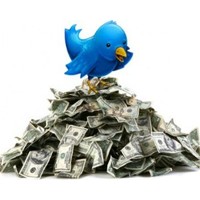 It’s been three months since the 1888 Hotel launched in Sydney, and the hype around it hasn’t let up.

The world’s first ‘Instagram Hotel’, as it’s been dubbed, offers anyone with over 10,000 Instagram followers a free night’s stay.

Paul Fischmann, the owner and CEO of the boutique hotel company 8Hotels, which owns the 1888 Hotel, still gets about five enquiries about this every day.

He had intended for the special offer to last only for the first 50 people to approach him. But faced with the traction the hotel is getting, he and his team have decided to extend the deal until the end of 2014.

The 1888 Hotel isn’t some major chain. It’s a boutique hotel with 90 rooms. It seems preposterous that its owner is giving away accommodation to influential Instagram users. But in letting people pay with social media, he’s not alone.

American Airlines lets passengers into its First Class lounge for free if they have a Klout score of 55 or above. Klout is a measure of how much your followers engage with your social media.

Kelloggs spent four days running a pop-up store in Sydney where people could get free samples only if they posted on social media.

Sole traders are getting in on the act, too.

Connor O’Brien is a co-founder of eBook publishing service Tomely, and also works as a freelance web designer and writer. In 2011, he released Quiet City, a book of short stories he wrote as part of a thesis in creative writing.

There were two ways you could get your hands on O’Brien’s book. You could buy the hardcopy. Or, you could get the digital edition for a tweet.

Speaking to SmartCompany, O’Brien says he did no more than break even on the book.

“But as a marketing exercise to promote myself as a designer and writer, I think it worked well,” he says.

“I don’t think there was another way I could have got that many people reading my work, unless I had someone else market it for me.

“And out of it, I got a lot of design and writing work. So it was worth it in that sense.”

O’Brien says he probably wouldn’t have gone down that route if he was trying to make a living from his book.

“He got exposure for a product that he could make for zero marginal cost,” Manning tells SmartCompany. “It’s a form of advertising really.”

When SmartCompany describes what 8Hotels is doing with the 1888 Hotel, Manning is more perplexed. “I haven’t looked into it closely, but I’m not sure whether that would work,” he says.

Manning cites several potential pitfalls for what the 1888 Hotel is doing. For one, there might not be enough people with 10,000 Instagram followers to make the exercise worthwhile, or those people might not be connected to the key groups the hotel is trying to reach. Another pitfall could be that people would post unvarnished comments about their experiences – even the bad ones.