It pays to be second-in-charge: The executives who outearn their bosses 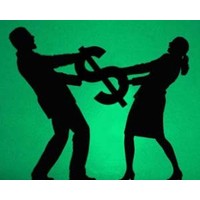 For the past few days, The Australian Financial Review has been publishing its annual salary survey of the country’s highest-paid executives and chairs.

It’s a fascinating round-up, and shows that for the first time in a decade, no ASX300 CEO received more than $10 million in total pay.

However, the focus on CEOs hides a more nuanced picture. The salaries of chairs and chief executives has been closely scrutinised by investors and proxy advisers during this AGM season. But in many leading companies, the highest-paid executive isn’t the CEO; it is one of the executive team.

Take Wesfarmers, for instance. Chief Richard Goyder has final responsibility for several high-profile business divisions employing 200,000 people, with group revenues in excess of $58 billion. It’s a huge business, and he’s paid $8.01 million a year to oversee it all. That makes him the 12th-highest-paid chief executive in Australia.

Coles is a division of Wesfarmers, and contributes $8.35 billion in sales to the group. However, the managing director of Coles, Ian McLeod, gets a tidy $14.8 million in total pay. That puts him well above the highest-paid chief executive in Australia, ANZ’s Mike Smith, who pockets $9.674 million a year.

In out-earning his boss, McLeod is unusual but not alone. At Whitehaven Coal, the chief operating officer of Aston Resources and Boardwalk Operations, Peter Kane, pockets $3.3 million in total pay – more than three times what Whitehaven’s CEO gets. Tony Haggarty takes home a relatively paltry $1.025 million.

Why do these executives, and others, earn more than the person they answer to?

The payout of long and short-term incentives and bonuses has a lot more to do with it than higher rates of base pay.

McLeod’s outsized pay, which was even higher (at $15.6 million) last year, is the result of the generous performance-based bonuses he was promised when he was headhunted from Britain to turn around the Coles supermarket chain in 2009. It’s a move that has paid off handsomely for both Coles and McLeod – in the four years since he took over, he’s pocked more than $44 million in salary and bonuses.

After his five-year contract expires next year though, McLeod’s pay will be pared back to $5 million a year, in line with other Wesfarmers executives. Guy Russo, head of Wesfarmers’ Kmart division, earned $3.96 this year, while Wesfarmers finance chief Terry Bowen got $3.41 million.

At Whitehaven, Kane joined after the company bought Nathan Tinkler’s Aston Resources in April. However, he lost his job in cuts to Whitehaven’s Queensland operations two weeks ago. His base salary was a modest $122,371, but it was boosted by more than $3.3 million in long-term incentives.

Downer EDI’s Cattell had his pay boosted by more than $1 million in short-term incentives, as well as $600,000 in long-term incentives paid out this year. His base pay was $1.4 million.

This year, several high-profile CEOs turned down their bonuses and incentive payouts to placate shareholders after a disappointing year on the stock exchange. There’s rarely pressure on other leaders in a business to do the same. Even though in some instances, they earn just as much.