Big Money: Going around in circles on the penalty leave debate 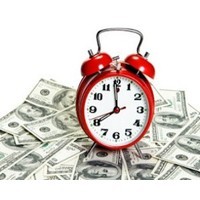 This week at the Australian Retail Awards in Melbourne, Just Group (and former David Jones chief) Mark McInnes let rip at the government for allowing 80,000 people to lose their jobs in retail, which he said was as a result of Australia’s industrial relations system.

He was followed a day later by Myer chief Bernie Brookes, who bemoaned the fact that he has to pay casual staff $62 an hour on Anzac Day.

No doubt McInnes and Brookes were preaching to the converted. The Australian Retail Association has long called on the government to make things a little easier for retailers by stemming or reversing the tide of new entitlements and regulations surrounding the pay and conditions they have to provide for their staff.

I don’t doubt that the rates of pay required on weekends and after hours make it hard for small business owners, particularly retailers and those in hospitality, to turn a profit.

But business owners may as well get used to it. These things are decided by politicians, who look to community attitudes for guidance. And most members of the public are entirely supportive of those who work unsociable hours being paid more for their trouble.

But the hours aren’t unsociable for students, the business lobbies say. Plenty of people want to work nights. And penalty rates make it harder for them to do so.

This rebuttal means nothing to the average consumer. Only one argument will ever make it politically palatable to lower penalty rates.

We live in an increasingly 24-hour world, and most consumers want it to stay that way. There are real convenience and lifestyle benefits that come from being able to go shopping whenever you want.

This isn’t just a luxury – in households where both parents work, being able to do things after hours has become an absolute necessity.

Online retail fills some of this gap, but plenty of people still want to get in the car and pop down to the local shops. And online retail poses little threat to your local restaurants.
Penalty rates make it harder for businesses to offer the 24-hour service that customers want.

But regardless, businesses are doing their best to offer them anyway. I can only assume there exists some profit to be made on weekends and after hours, no matter how expensive the staff costs. Otherwise, fewer businesses would open.

On this issue, consumers, and the politicians who listen to them, will look at what you do, and not what you say. And they’ll rightly ask: “If opening on weekends is so expensive, why do you do it anyway?”

I understand this is a catch-22 for employers. If they don’t open their businesses in so-called ‘after-hours’ they’d lose custom, and in all likelihood be slammed for it.

But until businesses can come up with a plausible argument that means something to their customers, they’re wasting their time screaming at the rain when it comes to penalty rates.

There are ways to turn high penalty rates into a positive. As Domino’s Pizza chief Don Meij told LeadingCompany last year, one consequence of being forced to pay his staff more is that he’s seeing far lower turnover, and as a result, faster delivery times.

“Rather than complain about how much people are being paid – and a lot of other retailers are cutting jobs and forcing uncomfortable experiences on their employees – we’re embracing it to our best,’’ he said. “Through better engagement of our team members, let’s look at ways of encouraging even better delivery service.”

He gets it. It’s always, always about the customers. If the argument doesn’t mean anything to them, it’ll never connect.