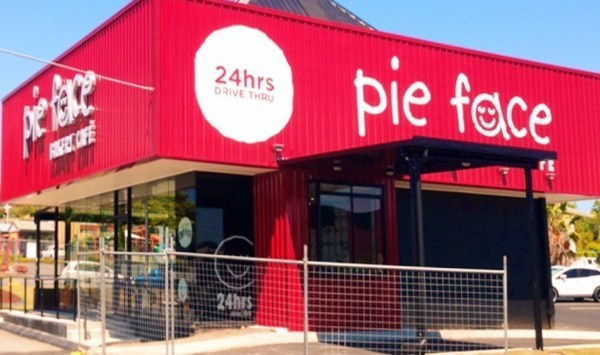 Pie Face co-founder Wayne Homschek has been ousted from the board of the company he founded more than 10 years ago, less than two months after the company emerged from voluntary administration.

Pie Face creditors voted on December 30 to support a Deed of Company Arrangement (DOCA) that would allow the company to avoid liquidation. As part of the deal, Homschek, who founded Pie Face with his wife Betty Fong in 2003, would remain on the board.

But Pie Face chairman Andrew Thompson told SmartCompany this morning Homschek resigned from his position as a non-executive director of the company’s board “with some encouragement” from shareholders during an extraordinary general meeting last Wednesday.

Homschek no longer sits on the board of any of the Pie Face group companies, although he and Fong remain shareholders of the companies.

Thompson says Homschek has relocated to the US and has been “pursuing other business interests” in the US for some time.

While Thompson says Pie Face’s sales have been “flat year-on-year” since the business has got back on its feet, he is confident some changes to the management team, along with a revamp of the chain’s menu, will make a difference.

“We are pursuing a renovation of the company,” Thompson says.

“We’ve made some changes to management under the new chief executive Kevin Waite and the business has a new lease on life.”

A meeting of Pie Face franchises also took place last week and Thompson says the meeting was a chance for management to explain some “adjustments to the branding” of the company, as well as some “significant changes to the menu”. Among the new products offered at Pie Face stores will be a range of salads and baked potato wedges. The new products are a recognition that the Pie Face “menu spectrum was not adequate for the customers going there,” Thompson says.

“Of the large number of people who know of Pie Face, only about 10-15% patronise the stores,” Thompson says. “If we can raise that to 25%, it will be quite a success.”

“We feel there is an opportunity there to take advantage off.”

Thompson says the Pie Face leadership team are also working to restore the confidence of Pie Face franchisees, who “unfairly experienced an episode of some trauma” as a result of the administration process.

Thompson told the Australian today Pie Face is also considering a capital raise for later this year and has begun talks with US casino billionaire Steve Wynn, who launched a $20 million lawsuit against Pie Face last year, after investing $US15 million for a 43% stake in Pie Face’s US operations in 2012.

Pie Face, which once had as many as 78 stores around the country, spent just over a month in voluntary administration, following the appointment of Jirsch Sutherland as administrators in late November.

Twenty Pie Face outlets were closed within days of the appointment, affecting 130 part-time employees, while speculation surfaces as to whom, if anyone, would be interested in buying the chain.

Franchised Food Company chief executive Stan Gordon and Eagle Boys founder Tom Potter both put up their hands to take on the business, but told SmartCompany their approaches to the administrators were ignored.

However, administrators Jirsch Sutherland responded to Gordon’s calls that the administration process was “not all it seems”, telling SmartCompany the administrators only received one part offer for the business but the offer was not “remotely close” to the proposed returns to creditors of the DOCA.

Brian Walker, chief executive of the Retail Doctor Group, told SmartCompany  this morning “time will tell” whether Homschek’s absence can give Pie Face a stronger footing.

“At the end of the day, a brand is also associated with its founders,” Walker says.

“The strategy, the direction, the culture and the ethos of the organisation, there is a direct relationship between the two.”

Walker says businesses and boards are also largely run on “investor confidence”, including financial backers as well as customers.

“Both will ultimately vote with their wallets,” he says.