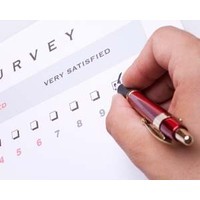 As all leading companies know, when it comes to customers, what they say they will do (in market research), and what they actually do, are two completely different things. All too often, I see revenue forecasts or sales projections that fall into this trap. This week was no exception.

Apple recently announced the launch of the iPad mini. The next day I stumbled across some research (obviously completed in record time!) that suggested that 14% of respondents ‘would definitely buy’ the product, and 32% said they ‘probably would’. Add the two numbers together and you’ve got 46% take-up. Fantastic!

The Urban and Hauser scale tells us that of the 14% who said they would definitely buy, you can be reasonably sure that 90% of them will actually buy, while 40% of those who said they ‘probably would’ will actually make a purchase. Do the sums and your take-up forecast becomes 25.4%.

A few days ago I was discussing with a pricing manager the importance of having a decoy product. When asked if we could model the impact of a decoy product, I remembered some forecasts made in an experiment conducted by the behavioural economist, Dan Ariely.

When the experiment was repeated without the decoy, the 16% became 68% and the 84% became 32%. A quick calculation, assuming one million subscribers at the aforementioned prices, reveals that revenue would be nearly 43% higher with the decoy product than without.

In a previous post (Are you Pricing Like Dennis Denuto?), I talked about why scenario analysis was one of the pricing traps companies often fall into (liking a set of number from one scenario without reality-checking the assumptions the scenario is built upon). Leading companies no longer have an excuse for falling into this trap awith their revenue or sales volume forecasts.