The Pricing Propheteer: How traditional economics theory stacks up 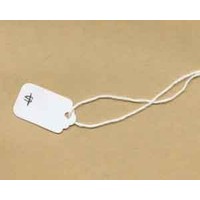 A couple of weeks ago, I was a panelist at the NAB Small Business Summit. Along with two other panelists, we discussed the importance of cash flow, from a tax, accounting and pricing perspective.

During the Q&A session at the end, I was asked a (commonly-asked) question about the role and importance of price elasticity in pricing decision-making.

It raises a broader question: how important are the assumptions and formulae of traditional economic theory in pricing? Let’s look at some of its assumptions.

Traditional economic theory assumes there are two parties in a market: a buyer and a seller. The reality today is that there are many other players, including wholesalers, distributors and affiliates, to name a few.

In an era where companies are ‘diversified’, ‘horizontally integrated’, ‘vertically integrated’, ‘omni-channel’ and ‘multiple brand owners’, it’s is a struggle to find a company that sells a single product or service. A full-page ad in USA Today by Starbucks in March 2008 talked about how its baristas could perfectly hand-make more than 87,000 possible combinations of espresso beverages.

Companies, at least in the capitalist world, are in the business of profit-making and profit maximisation – but not exclusively. Non-profit objectives may also exist, such as growing the business, stabilising the market, disrupting a market, discouraging market entrant or accelerating the exit of marginal fringe players, just to name a few.

Assumption #4: The consumer is sovereign

Five to 10 years ago, economists were questioning the concept of consumer sovereignty. It was a sellers’ market. Ikea told you how to navigate its stores (follow the racetrack) and transport and assemble your own purchases. Supermarkets made you pass hundreds of products as you made you way to the back wall just to pick up the milk.

Social media has changed that. In 2008, UK retailer Marks & Spencer started charging £2 more for bras with large cup sizes (defended on the basis of the additional material costs). The ensuing social media barrage forced the company to revert to a “size/pricing parity strategy” accompanied by a month-long 25% off ‘goodwill’ sale.

Pricing is more about people (customers) and their behaviour, and less about theories. And what about the opening question: the role and importance of price elasticity in pricing decision-making? I will let Scott McNealy, the former CEO of Sun Microsystems, answer that one:

“Pricing [is] confusing for us too. In the whole history of Sun, we have never known what demand is, what elasticities are, or what the right prices are for our equipment.”